The Duck Hunter's Refuge, aka The Refuge Forums, is the leading online community for duck and goose hunters.

Hit Lake Union in downtown Seattle today. Spotted the Cornelia Marie and the Saga.
It did not look like the Cornelia Marie had moved for some time The Captain Josh Harris claims the boat is not for sale. The boat missed the 2016-2017 crabbing season.
SanJuanGlenn 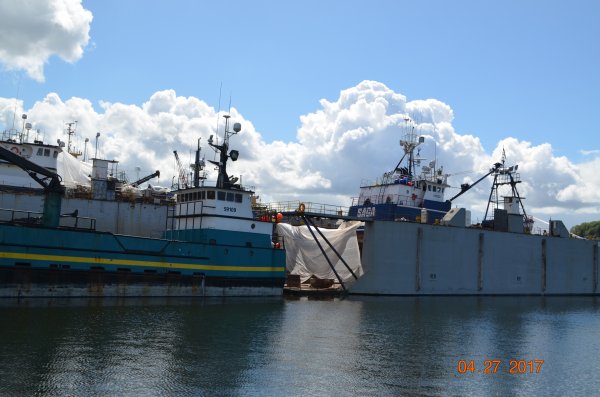 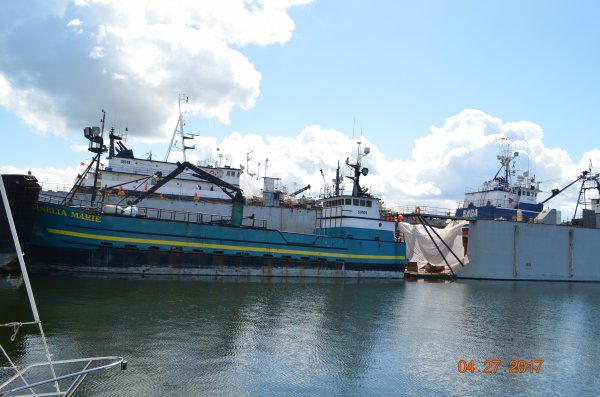 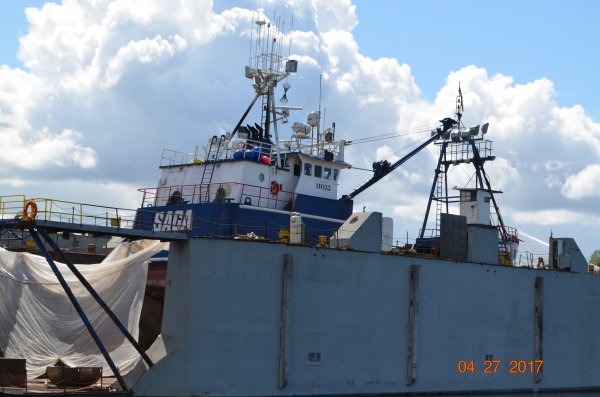 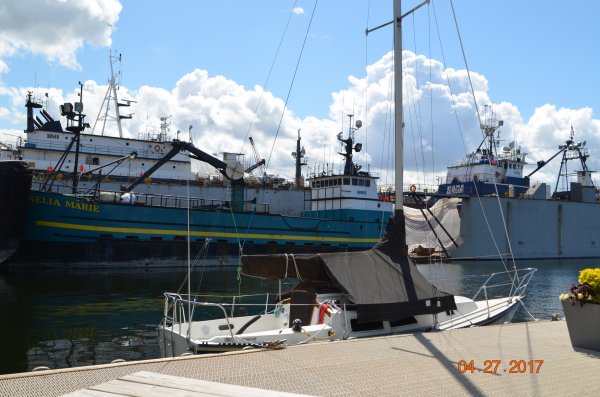 Continue...
Trouting this Weekend
70 11,229 by Phytoplankton
Leaving to head up to Hat Creek to open up the cabin for the season. A little snow on the road at about 6000 Ft., but we should have clear ground at my place. After raking pine needles for a couple days, on Saturday/Sunday I should get in some trout fishing. Always interesting to see what the winter storms have done to the streambed/fishing holes. Good luck to all!!
Continue...
RM Give Away
146 11,208 by stumpjumper0531

Been awhile since we have done this...sorry about that!!!!

Here`s what we have. On the last run of Army Man Green Quack Ops we had a slight issue with engraving on 6 calls. So to save the barrels we had the band area turned down and I added a black acrylic band with RM Calls and Quack Ops to the back side and glued it all up. This is the last remaining one and NOT something I`m gonna carry in stock so...it is a 1 of 6.

To qualify....you will need to post in this thread and give a shout out to either our soldiers, police officers or fire fighters. If you do not send them some love and respect and your number is drawn I will draw another number plain and simple. This post will not count, so we will use a random number generator to select a number from 2 to ? The drawing for the call will be on May 1, 2017 2100 hrs or 9 PM EST.

Good luck to all and GOD BLESS!!

Wood ducking season is in full effect already! Thought I would share a few pictures here to see if anyone else had any good ones from this season that they wanted to share. Feel free to post them here!

This year with the heavy rainfall, I am hoping for an exceptional hatch. One thing that I did notice is the weeds are almost 6 to 7 feet tall in some places, so I have had to trim them back around the boxes and even cut paths for baby wood ducks to the water at some boxes.

Anyhow, enjoy the photos and please post your own if you can!

Got a couple good photos of this girl from my game camera before she hatched out her clutch and moved on. Who says orchards cant be duck friendly?? The birds appear to actually really like the boxes I have put in our small walnut orchard this year.

I swear she is smiling for the camera here......

Here's an example of what i mean by the huge weed growth. The local mallard are LOVING it.

My buddy Sam and I have been at it for a few weeks now. We've been defeated more times this season, than any previous season that I can remember. Our last hunt out there, about two weeks ago, every time we had a working bird, a hen would run in yelping and steal him away. One tom in particular, flew down from a ridge above, crossed a fence line and was heading straight towards us, when a hen came out of nowhere... he stopped in his tracks about 100 yards away, ended up breeding with her and Sam and I couldn't do anything but watch. We were hopeful that our hunt on Sunday would be different, and it was... but not at first.

Sunday morning, we decided to sit in an area that we've always talked about hunting, up on the hill. Birds always cross there and the hill ties into a big ridge line on an adjacent property, 1000's of acres of open land. As we're setting up the decoys and the blind, birds are lighting up the rolling hills and California oaks all around us. We count about 10-12 birds, and we're thinking... today is going to be the day. When the birds hit the ground it sounded like we had a group of 3 working our way, but then we heard a hen, once again... deal breaker. The morning would continue like this, hens all around us and no sight of the toms. They were there, definitely in the area, though they went fairly silent about mid morning. We heard a hen behind us, before we knew it, we could hear her purring right behind the blind. I peaked out the window, couldn't see her due to all the brush, but I thought, man.... she sounds like she's right there. As the morning continued, we finally had a single bird working in from the big property. Closer and closer he got, until I caught movement out of my side of the blind, there he was... but he was about 70-80 yards out and running for what seemed like, his life. He certainly was, because right behind him was a cow chasing after him. I kid you not, and it's actually not the first time we have watched one of them...
Continue...
Tried For a Triple
6 1,977 by Pickleweed

I had scouted turkeys for a week in hopes that my son, daughter and I could score a triple on a nearby private parcel we had permission to hunt.

There were several hens and nine jakes passing through daily. But...sometimes they showed up at 9am, sometimes noonish, other times not until mid to late afternoon.

Yesterday was the day to try. Taking no chances, we were set up at 5:45am.

Unfortunately, my 12 year old daughter got cold and bored by 8:30am and bailed to the truck to call mom for an extraction.

Understanding we might be in for a long sit, my son passed the time by napping.

The birds showed up at about 10:30am. Four hens and a gang of jakes. The boss hen gave our DSD lookout hen a good thrashing as a couple jakes strutted nearby. Meanwhile my son and I picked a out couple shortbeards to aim at. The countdown commenced...3, 2, 1, boom! I guess a double will have to do. 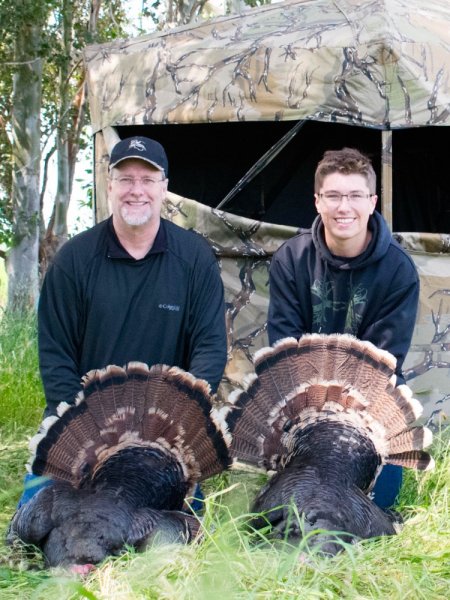 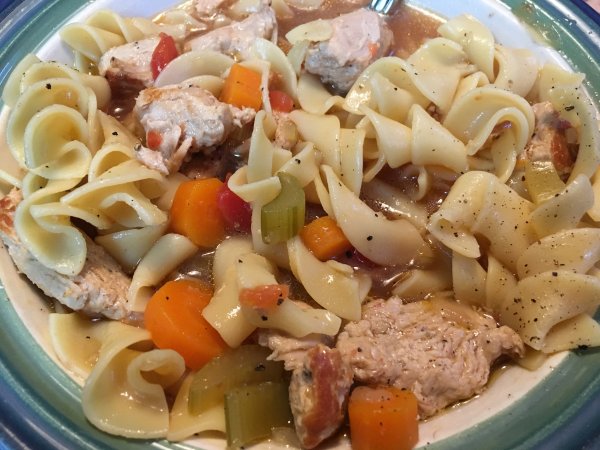 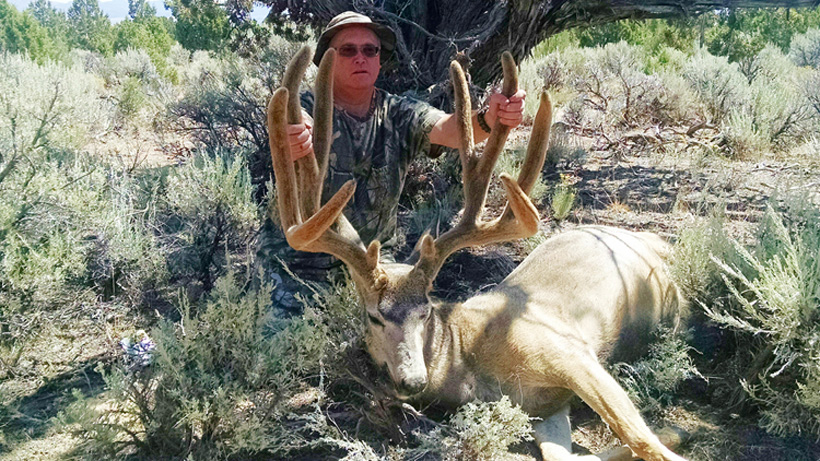 Photo credit: Frank Cheeney via Pope and Young
It’s official: Nevada bowhunter Frank Cheeney now holds the world record for largest typical mule deer ever taken with a bow. Cheeney shot the monster buck on Aug. 13, 2016 while hunting with his son, Aaron, in southeastern Nevada. Luck was on his side as they stalked through the dusty sagebrush, trying to edge closer to a group of bucks bedded down. While Cheeney waited for a shot, the largest in the bunch stood, making this hunt one for the record books.

“As luck would have it, the breeze was blowing straight in my face as I headed towards the bucks,” said Cheeney in a press release. “They seemed oblivious to my presence. As fate would have it, the biggest buck stood up from his bed. I drew my bow and with the deer in my sights I let the arrow fly.”

“This was the first time the Pope and Young Club has used a Special Panel for verification of a potential World Record trophy,” said Ed Fanchin, P&Y Records Chairman, in a press release. “The score was authenticated and this tremendous mule deer was declared the new Pope and Young Club World Record typical mule deer. Congratulations to Frank Cheeney and to the Nevada Department of Wildlife for using successful wildlife management practices. It’s great to know...
Continue...
Jack Russell terrier retriveing ducks
4 2,813 by por boy