17 dead is the first unofficial report after the brawl of a Liga MX league game between Queretaro FC and current champion Atlas FC.

Videos of the brawl are all over twitter. Don't look them up if you have a squeamish stomach. People looting the dead, decapitating some bodies, and raping women in broad daylight.

Just one more reason to avoid certain parts of Mexico. 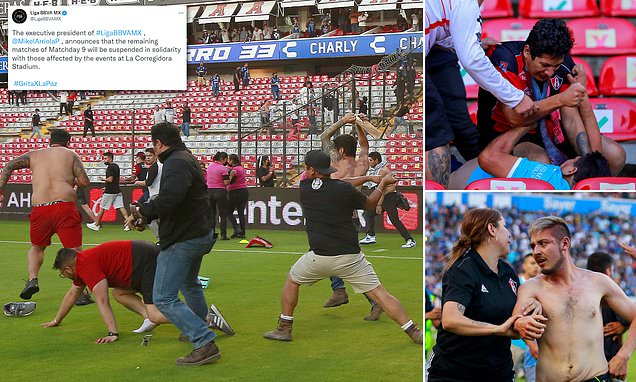 The Liga MX - Mexico's elite football division - announced the suspension of the remainder of games (inset) this weekend after 'at least 26 people were injured' and up to '17 dead' yesterday.

Do you really believe I give a fiddle two f***s what you think?
You must log in or register to reply here.

Damn, Mexicans be serious about their soccer!
2 3 4