Hunted Wednesday and shot 1 Canada . Had some guys from LA. drive by us about that time and they pick up our dog and the goose he was swimming after down river . Nice guys . The lake and shoots were starting to freeze and most of the waterfowl had seemed to moved out by Thursday . Everything should be frozen solid by next week. Saw a lot of snows , Canadas and ducks between Yankton and North Sioux .
N

My dad and I am my two oldest son's went yesterday morning. We had great wind but the geese did not want to commit. We had huge flocks flying right over at 50 yards we could have pass shot but didn't want to shoot into flocks that big and I was hoping some would break off and decoy in. We worked some singles in and shot five total. Had one that my dad and I each unloaded our gun on that got away but we shot well besides that. We saw about 15 ducks total is all, incredibly sad. Had one greenhead in the decoys right after shooting light but had a five pack of geese cupped up coming in only to swing wide. I was getting some more cover later on and my dad was standing up peeing and we got bombed by a dozen mallards. Had two land and the flock circled three or four times. Ran back to the guns and they left of course. Still a fun morning! Looking forward to more water freezing up next week.

I hope everyone is out and hunting this week. NoDak is in a blizzard warning and gonna be extreme cold this week. Now, if Keith could just go back the Disneyworld.
#23 all the way.

Just got done setting up in a field that had multiple flocks of mallards going into it yesterday afternoon. Hopefully they come early so we can pull spinners and get into the multiple flocks of geese also. Last day for ducks for me as I have a commitment tomorrow.
Walleyes and waterfowl, what else is there?
H

After watching geese and ducks stack up on the river last Weds & Fri, finally got out yesterday am. Geese were much more receptive to calling and we ended up killing 7. Fair shooting at best prevented us from putting up a good pile. My nephew was back from college and we're breaking in another rook this year so the excuses are there. Saw a couple flocks of Specks and snows still around, amazing. Don't know where the ducks went but we saw very few yesterday. Did see a nice flock of mergs though so I know its over right? We pulled everything off the river yesterday in anticipation of this weeks low temps. That river will be slushier than an Icee from the 7eleven by Thurs am. And locked up solid by Sat. This was the first year I can remember, at least since '91, that we ran the whole season without getting slushed off or iced up thru Christmas. Weird season. Time to get out the sleeper shells.

Just about every other year for the last twenty I’ve spent Christmas with my wife’s side of the family in western Nebraska. Never in all those years have I seen as many snows along the I80 corridor as I have this year. Some pretty big feeds and a few impressively long spider web flights along the Platte. Just one more reason to say, “Such a strange season.”

Was pleasantly surprised to have ice free water when we got to where we were going today. Thought we’d have to improvise but it worked out. As soon as it was shooting time, the cold front came in and it got cold/windy. Everything was icing up as the day went on and had to knock off a couple of inches of ice off the decoys to get them in the bag after putting the frozen bag in the water to thaw it.

Lots of small flocks of fresh geese, not a lot of ducks. Had 1 group of about 20 geese do it perfect and that perfect decoying flock made the day for me. Finished with 7 mallards and 6 canadas… 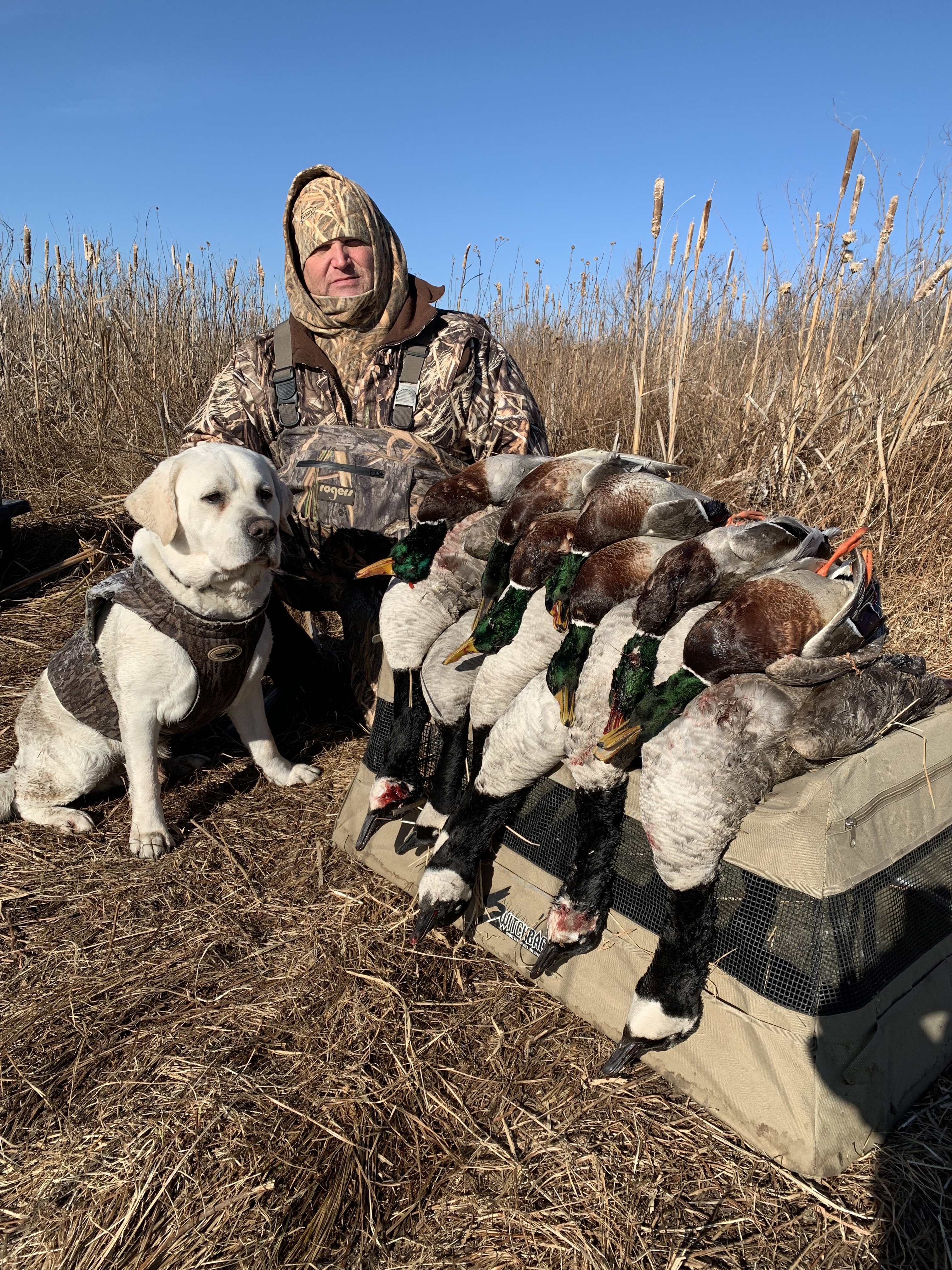 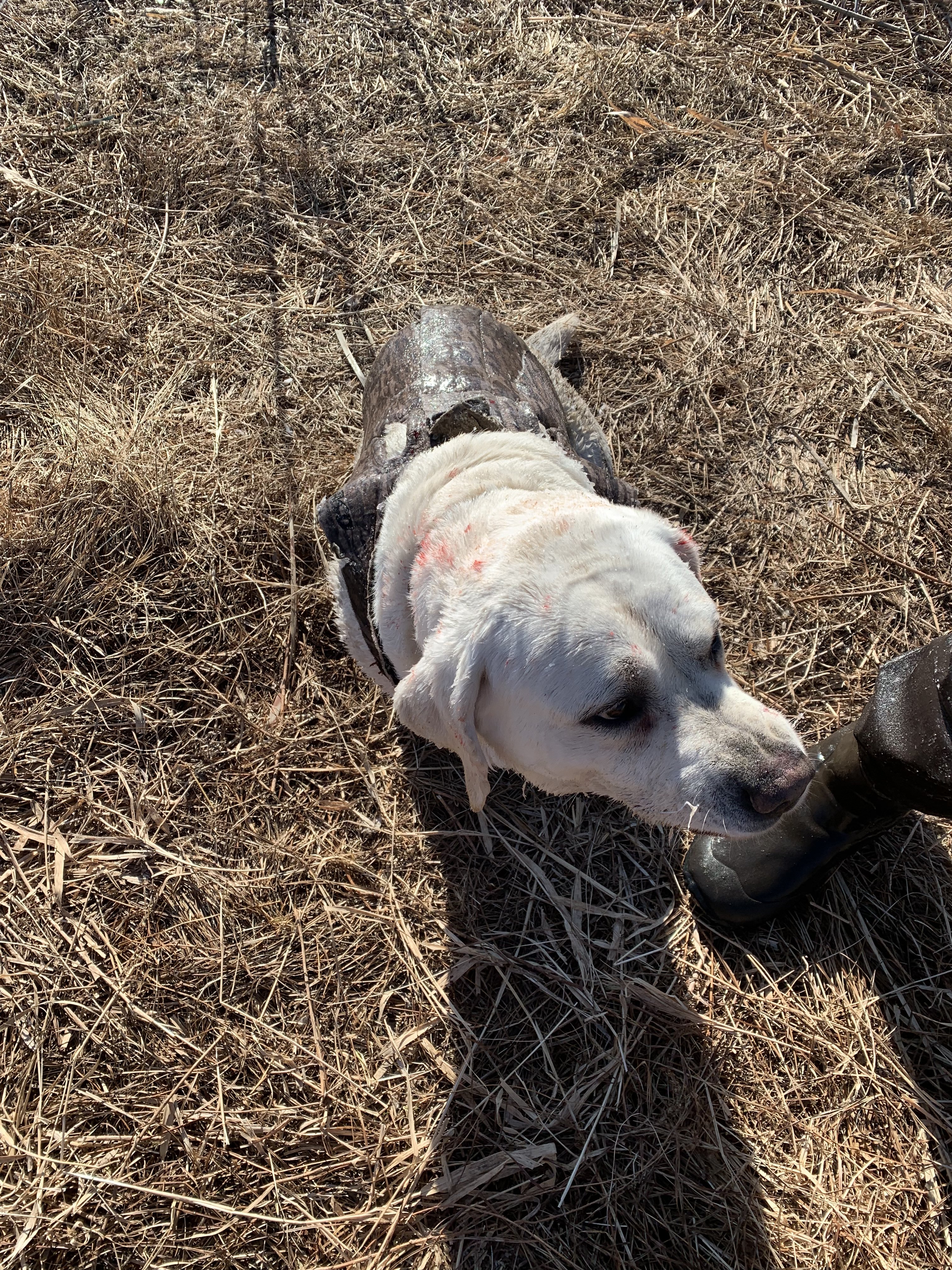 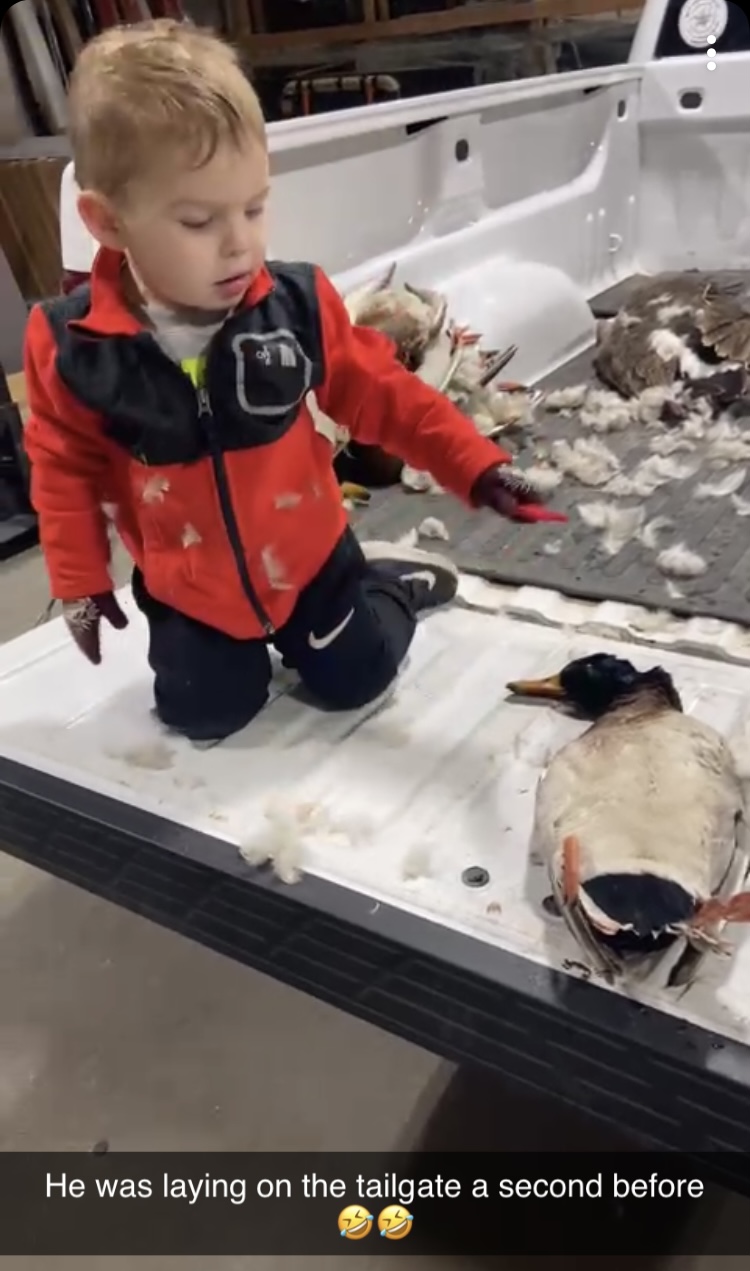 Busted out an ice hole yesterday and threw out a mix goose/duck spread. Shot a greenhead limit in an hour. There were some birds around, still not a ton. The birds that decoyed came in from sky high and cupped right in. Only gave it an hour longer for some geese. By then the wind whipped up pretty good. Went scouting after and all the geese were still roosted up by almost noon. Did see a feed of snows on the way back though. Hard to say what'll happen this weekend with the cold.
N

Took the boys out for a quick goose hunt yesterday afternoon. It was a low expectation hunt on a field I always have permission on, but it is normally marginal. The most geese I've ever shot in one day off it is three. I was still setting up when the first couple flocks started coming out and landing in the field next to me. Our hide was not great, we were just laying in the decoys with a camo net laid over us with some weeds on top of us. I barely got laid down next to the kids and had a pair break off and come right in feet down. I shot the pair at 10 yards and it was already a successful afternoon and the kids were ecstatic! By now countless flocks were coming out but they all played follow the leader to the feed next to me. Had a three pack of little geese circle me twice and decided to try them at 40 yards overhead as I could tell they weren't going to come in. Knocked one of those out for a third bird. Had a single decoy in perfect that I pulled up on at 15 yards only to miss right behind its butt. I was using my grandpa's old Winchester Model 12 pump for the first time ever and for some reason it jammed when I tried to rack my second shell so that bird escaped. Finally had another single decoy in and I got it on one shot and the flight was pretty much over after that. It was probably my funnest goose hunt of the season thus far and the boys just love those big canada geese not matter how much I hate cleaning them lol. 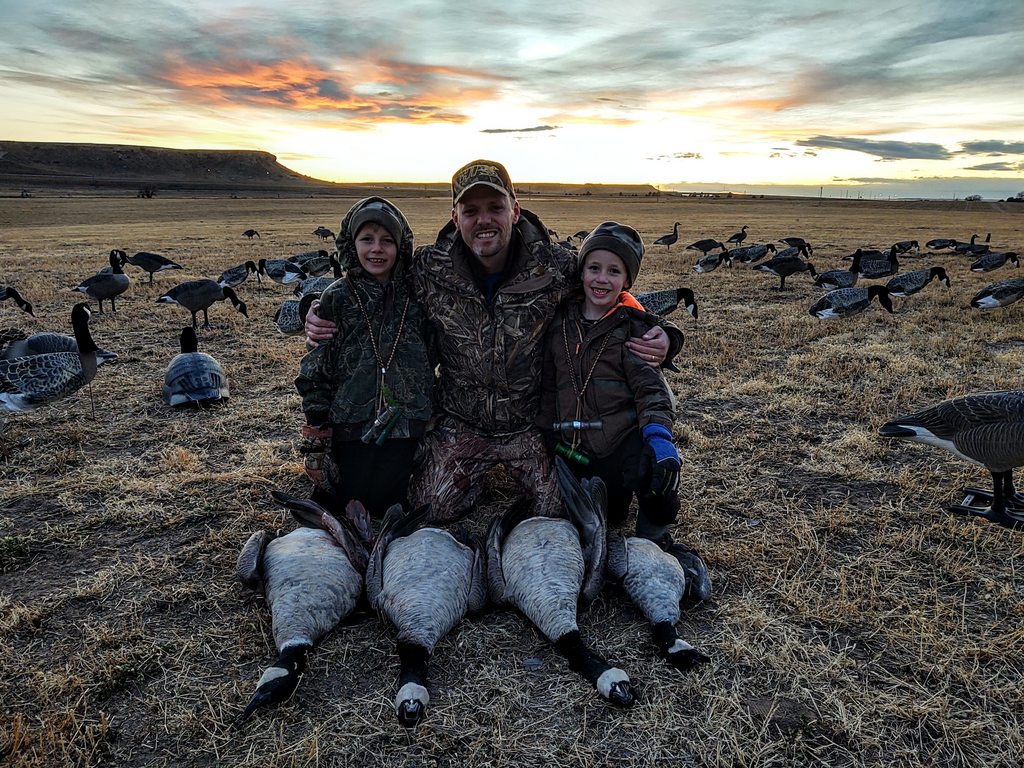