Big geese migrating today out west. Hope some mallards are with them. Two buddies and I are hitting the warm water tomorrow morning. Previous low was about -2, but NWS's latest update is 4 degrees for a low and windchill's about -10. Supposed to have some snow, anywhere from 2-4 inches. Don't know if we are dumb for going but I think it will be fun.

nebgoosehunter said:
Big geese migrating today out west. Hope some mallards are with them. Two buddies and I are hitting the warm water tomorrow morning. Previous low was about -2, but NWS's latest update is 4 degrees for a low and windchill's about -10. Supposed to have some snow, anywhere from 2-4 inches. Don't know if we are dumb for going but I think it will be fun.
Click to expand...

Hunted Thursday in N Central Ne. ahead of the storm and saw big flocks of Canadas going South. New Geese had moved in our area and we had a Good hunt.
gettin' in there...mungst em'
N

Parts of the warm water were actually froze up, first time I've ever seen that. Had to adjust our plans but we made due. Did not see many ducks but enough to have a good shoot! Added a bonus rooster to the bag. Some geese were heading south once the sun came out mid-day. Looks like another chance for some snow mid week with even colder temps coming this time. Today's cold and mid weeks cold look to be short lived for the most part though. 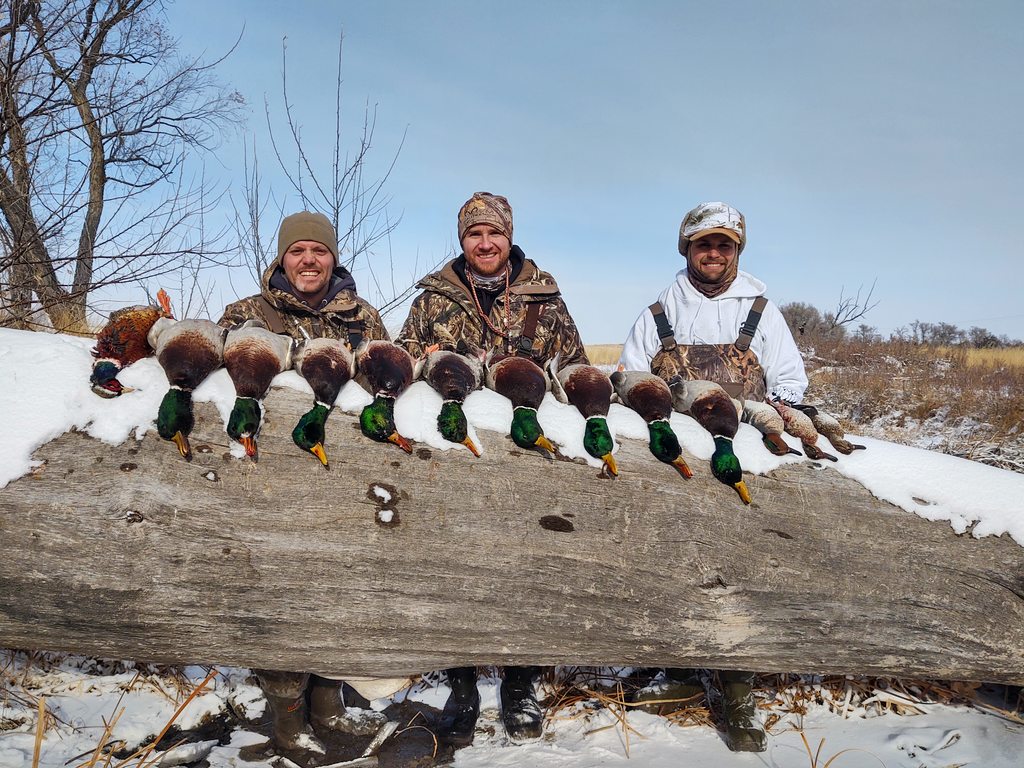 Either things are going well for everyone or it's downright awful as there hasn't been a report in 10 days. I have a great report for you all. My oldest son shot his first goose yesterday afternoon. The last two times he has come I've told him not to get his hopes up and it will happen when it happens. Well it happened today, and he was so excited he was shaking, but I think some of that was from being cold too. His younger brother was actually the one that was yelling and hollering in excitement for him. The hunting itself was pretty decent. Mostly bigger geese around now, and lots of them, so they are more willing to play. We just needed more time or if they would have flown 10 minutes before sunset, we could have finished off a limit pretty easily. It was just a fantastic afternoon and I'm so happy for my son. 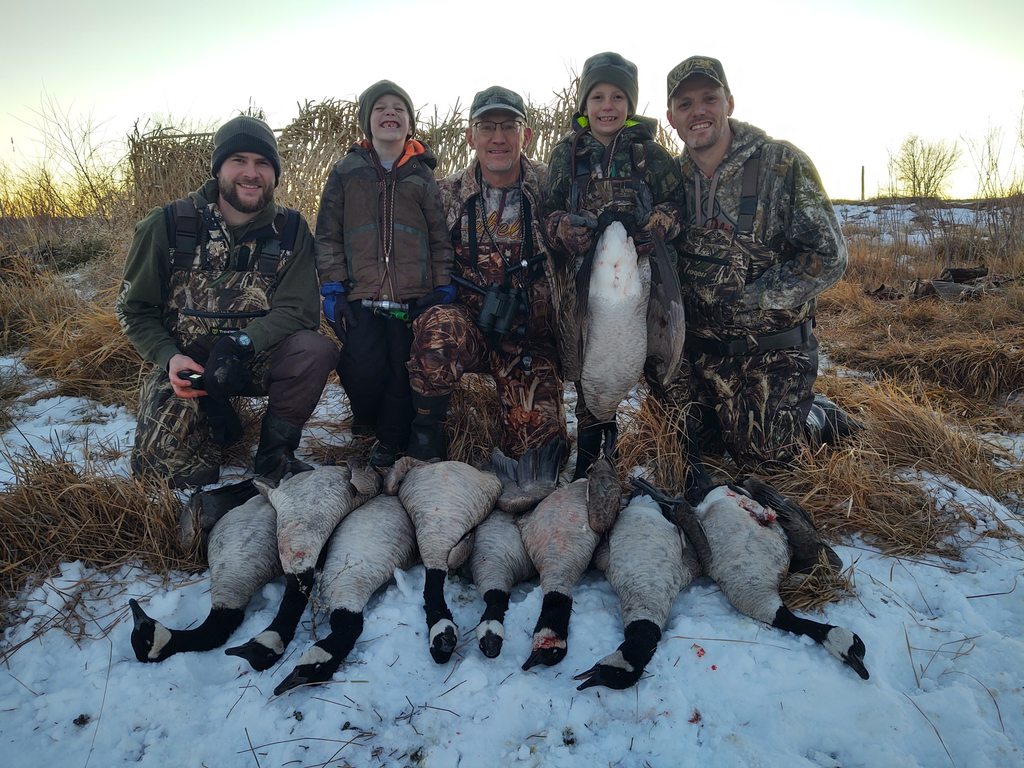 That's awesome! I was waiting to hear the full story on that hunt. I went out yesterday on a solo hunt. Geese didn't fly until mid morning but when they did, it was crazy. Got four in an hour and then had a lull. After a couple hours, they started really flying again and had more decoy in perfectly. Finished up my hunt and just watched and took some pictures for a little while after. Definitely was a good day to be out. 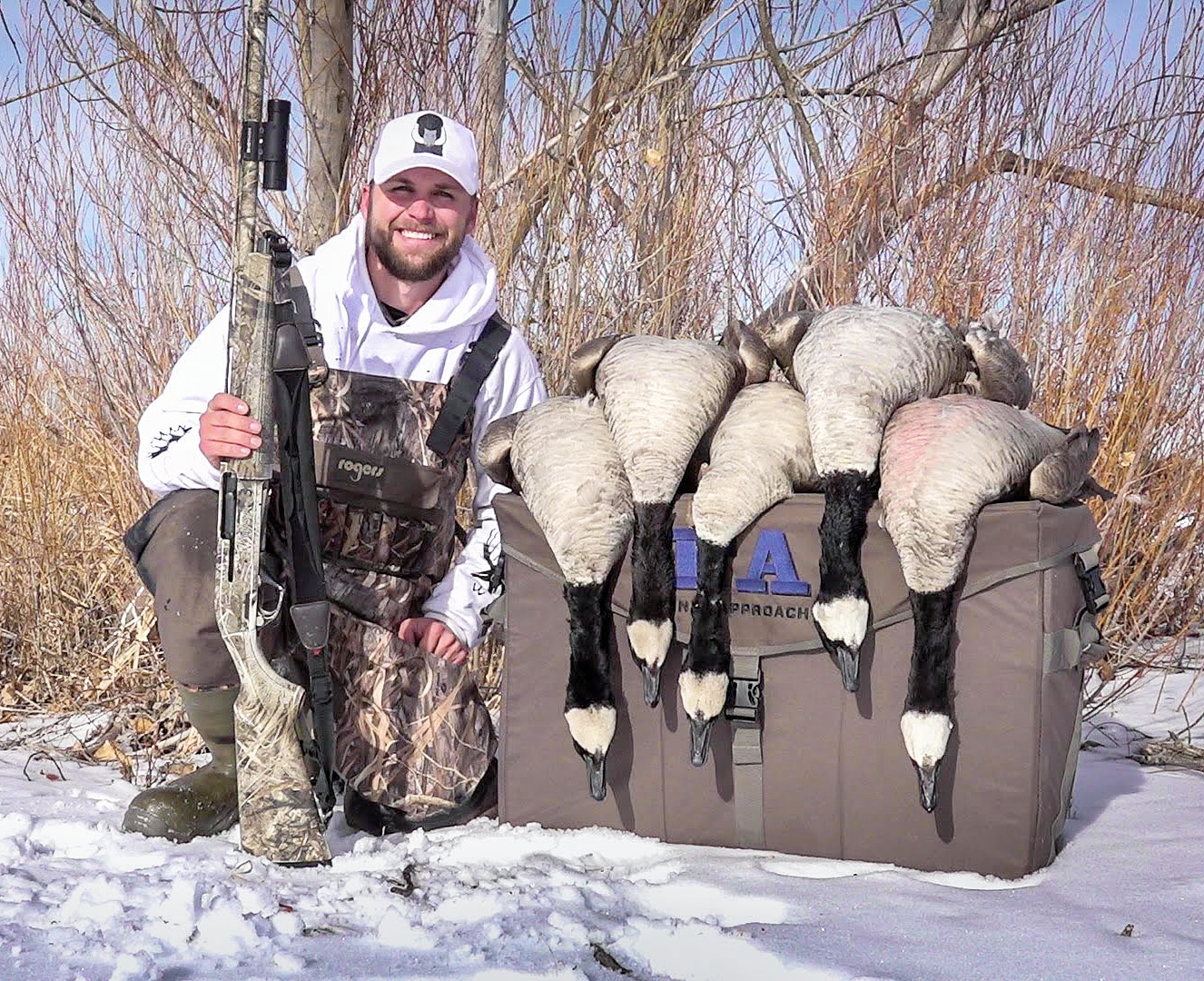 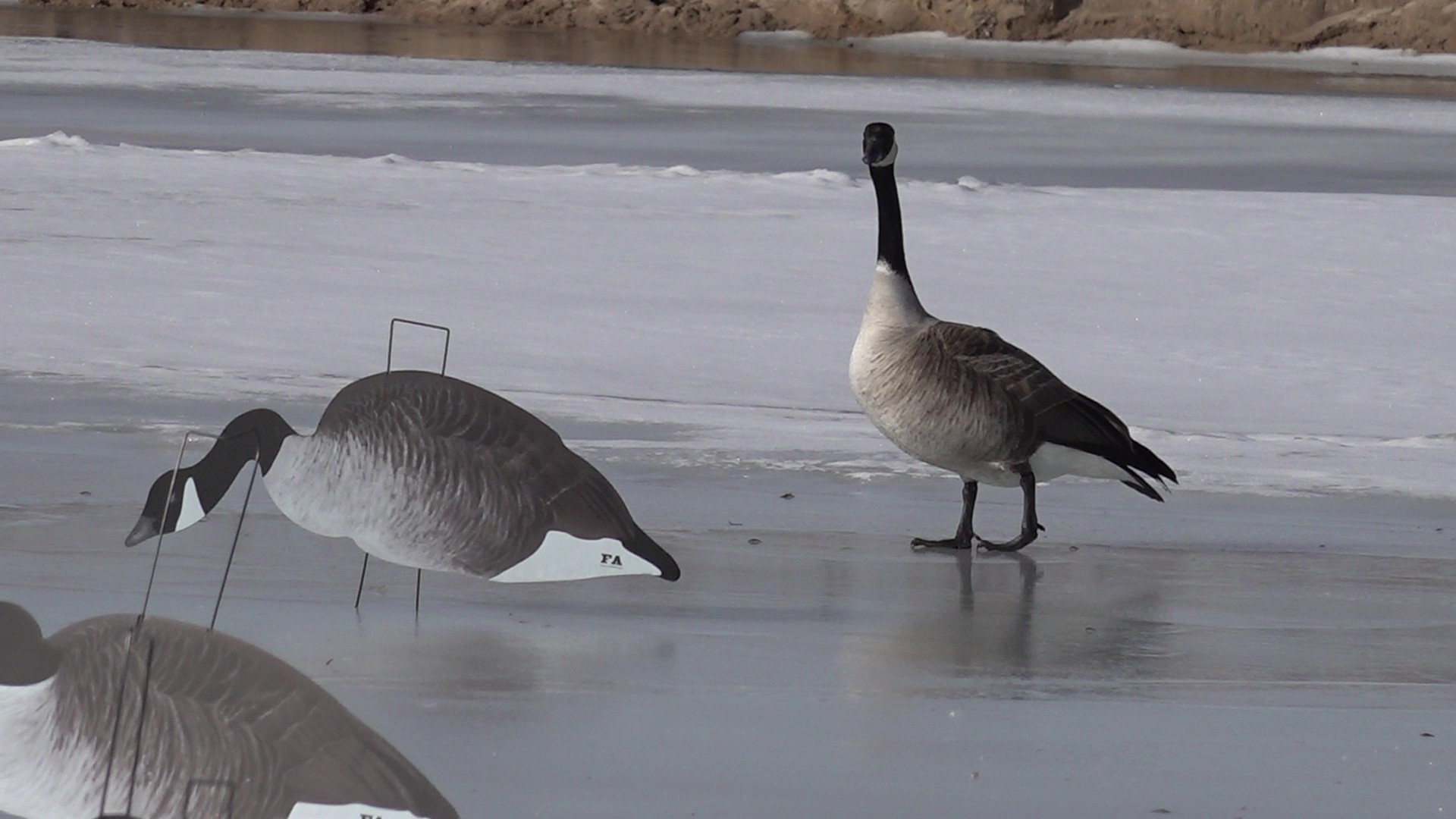 Glad you guys are killing geese cuz we aren't. River locked up for good last Weds. Not a channel of open water for miles in our area. One gravel pit is roosting all the birds as they struggle to keep it open. We hunted yesterday, had a darn fine looking ice spread out. Didn't matter. Saw 3 flocks get off the river just after legal then nothing rest of the day. When I drove by the gravel pit they still hadn't moved at 2:55pm. Things will change for the good this week with the warm weather.

Oh and real glad they chopped those weeks off our ducks season in Oct to add it to Jan. Haven't seen a duck since Dec 31st SMH!
W

The reason for no reports for last ten days in the eastern part state is because this late season hunting is BS and the fact that they tie us up with the western part of the state is even more BS!!!! We drove side by sides pulling trailers over 10" ice on the Platte River Sunday to pull are blinds off the island we hunt on no open water as far as we could see. Our group killed 201 ducks this year and last year 305 and 102 of the came in Oct. so would you want hunt in Oct and kill a hundred or so more ducks or not pull a cap in Jan? I'm done with my rant for now we had a good season hunting with good friends and family good luck to the rest you guys that are still after them if you are in the eastern part of the state you will need a lot of luck!

Waterfowl took a backseat for the first part of the season. I will say it was alittle rough watching the October migrations while deer hunting. I didn't even set a decoy until mid November, so I missed most of the fun stuff.

Overall, my season definitely could have been worse. The kid found a gem that produced some damn good warm weather hunts in November/early December. Other spots, even though numbers were WAAAAY low, the birds that were around were very responsive to calls due to low hunting pressure.

Nice to see you back Josh. Been over two years since you've posted, but I've assumed you've been lurking this whole time.
You must log in or register to reply here.