Last day of the season for me and a buddy was Sunday. Warmish morning (35 deg while setting up), we thought the birds would be up early and they were. One of my funner hunts of the year, 2 groups, 10 birds in 10 shots, they were close. Done by 8:30, bitter sweet. Had another buddy gone for drill who otherwise would have been there...he was a little sour to say the least. Overall not a bad season but not a great one. Birds were tough with the up and down weather. Just glad we ended it on a good one, I was tired of getting kicked in the nuts...lol 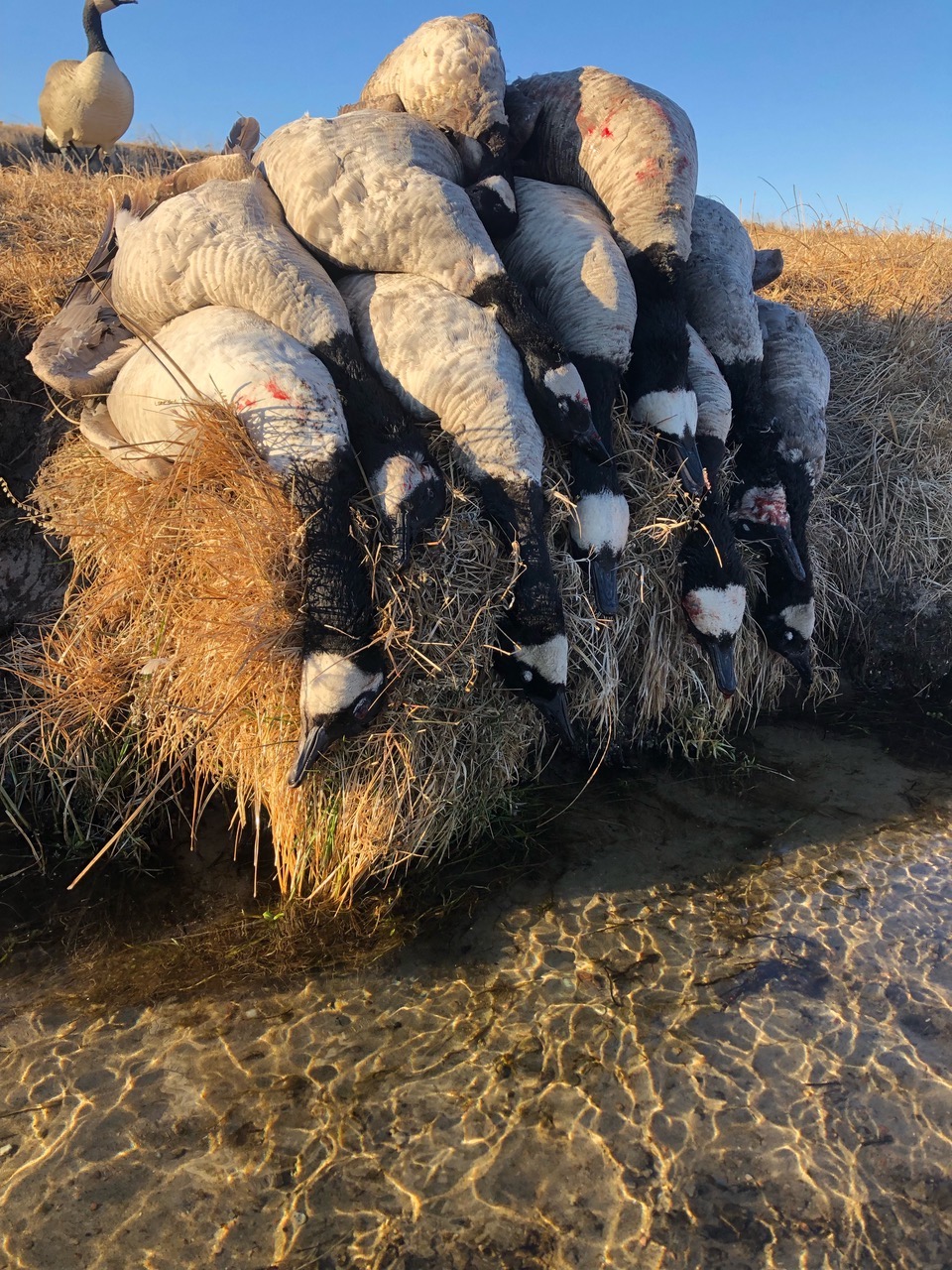 Went on our first snow goose hunt of the season this morning. We were out of the flight line in a major way. We had good wind from the start, but it didn't matter as we only had two flocks even fly near our field, even those were a half mile away still. The flight line was probably a mile away and nothing broke off it all morning. I bet we saw 20k snows. I almost chose a different traffic field, but decided on the one that sat up higher with a better view. Should have chose the other one as it kept appearing in the binos that it had geese over it all morning. Nothing like a big skunk to start the season!

nebgoosehunter said:
Should have chose the other one as it kept appearing in the binos that it had geese over it all morning. Nothing like a big skunk to start the season!
Click to expand...

Went hunting last night and had another skunk. We almost skipped going since all the birds left yesterday morning after the snow. About 1:00 it was about 32 degrees with a southwest wind that felt nice but the snow had melted off, so I thought there would be a good chance some birds would come right back. We set a micro spread on a pond, only about 20 floaters and 20 full bodies, but thought if they wanted to come roost there it wouldn't take many decoys. About 20k birds came back to the area and we had 3 feeds within two miles of us. Problem was, most everything fed until after legal light. There were three snows mixed with some darks about 15 minutes after sunset that we should have shot at, but I thought all the darks were going to circle around and they didn't. Had another flock of darks with six snows come right over at 35-40 yards with about eight mintues left of legal light. They gave us a perfect shot, but we did not capitalize. I will say it gets tough shooting when it is that dark, but we should have had some. The last feed finally got about about 45-50 minutes after sunset while we were picking up. It was still a great time and I'm glad we decided to go. The ducks, especially the pintails put on a nice show.
N

I thought yesterday evening was going to be a good hunt. Had an excellent wind while setting up and it completely died out while waiting on the flight. As they started flying it was dead calm. Birds came off the roost so high I knew it was going to be tough from the start. I also could tell it was going to be tough when the first pair that came over didn't even look. The first group that came to us flared a quarter mile out. It was pretty much like that the rest of the evening. We managed one adult snow and that was it. My boys were so excited though and held onto it and played with it the whole time while picking up. We are getting some insane cold (highs barely above zero) this week, with a little snow, not much here but more further north. That should push the birds back south for a while, and good ridence! I'm already tired of chasing these things haha.
H

This is setting up just like last year in that we have a late mad dash of a snow migration. If the forecast holds true, after the cold blast this week and the temps change March 1st, get ready it will be ON.

I'm banking on an early March warm spell, my dad put together a hunt with an outfitter for some family fun the first weekend in March. Fingers crossed!

A fair amount went through yesterday morning headed to SD, by the afternoon they were headed back south. The un channelized mo river is open on the boarder and afew we're starting to build as of this last weekend. They will be in a hurry when the weather breaks and leave the youngins behind. Guys that stick with it into April will enjoy juvy soup.

Setting a new pond Sunday. With how the pond sets up we will be able to get every decoy in the water, it should chew migrators up.
N

We got 4 inches of snow overnight and this morning and are supposed to get maybe an inch more overnight tonight. 50's by Sunday and mid 60's by Wednesday. GFS model has been showing a low pressure system with more snow the end of next week for a few days now so something to keep an eye on again. It is also showing another low pressure system around the 9th or so. That second storm is a long ways out so who knows, but that one for end of next week is already being talked about by my local national weather service in their forecast discussion. Hopefully next week I'll get out again.
You must log in or register to reply here.