?Are coyotes a threat to medium to large size dogs?

I have personally had two experiences with coyotes and dogs...

First: Let my dogs out (both female labs) to air at my duck club late... Heard a ruckus, and figured they were fighting each other (which they often did). Go outside to stop it, and realized that the smaller lab was in a tussle with yotes, and the larger lab actually came to her aid... Saw at least 3 yotes, but possibly more, and they bailed when I entered the scene. No injuries to the dogs, but a lot of noise.

Second: Pheasant hunting and my male lab ran into a yote, and they were obviously playing... Tails wagging and jumping around like two young pups... Yote was not seemingly afraid of me.

If they come into the compound, I might kill one... If my dog was threatened by one, I certainly would. I figure the coyotes kill more egg eaters (opossums, raccoons, and skunks) than they do small game. I have enjoyed watching them hunt, and been impressed by some of the hunting strategies I have seen. Made friends with one in college.
You can call me "Marc." If you have a good place to hunt or fish, you can call me whatever you want.

Fly fishermen are born honest, but they get over it.

"Don't shoot that duck swimming on the water.... Wait till it stops swimming."

I’m sure they’ll tear a dog up, especially in a pack. But I’ve been around outside dogs my whole life and never known of it happening first hand. If the dog is medium size or better and sticks around the house at night it’ll more than likely be fine. It’d take a damn brave yote to come into the yard and kill a decent sized dog under the dusk to dawn light, and they’re pretty cowardly animals. Shoot a couple that get too close and the rest get the message pretty quick.
Uncle does have a Great Pyrenees he keeps in the yard with the chickens and goats that’s hell on them though. She’ll go out at night and dig up dens and hunt them down. Comes back with her white fur all matted down and stained red.
The more I know, the more I know that I don’t know

We are infested with coyotes here. Three large packs as best I can tell.....and they are dying regularly, but not in sufficient numbers. No way I would let my 5 month old pups outside, out of my control. I carry a pistol at night when I get them out.
The Irish is one race of people for whom psychoanalysis is of no use whatsoever - Sigmund Freud

Coyotes in groups can cause big problems. I have close to 150 square miles of private property that I actively hunt coyotes year round for ranchers, farmers and a few Dairy farms. It is really hard to kept there numbers in check. But I do my best.
Hunting and fishing Washington

I've never had one threaten my dogs. Coyotes are survivors and I actually admire them for that. I still shoot them whenever I get a shot. They are everywhere in GA now.

Shot a black and a grey this year during turkey season. 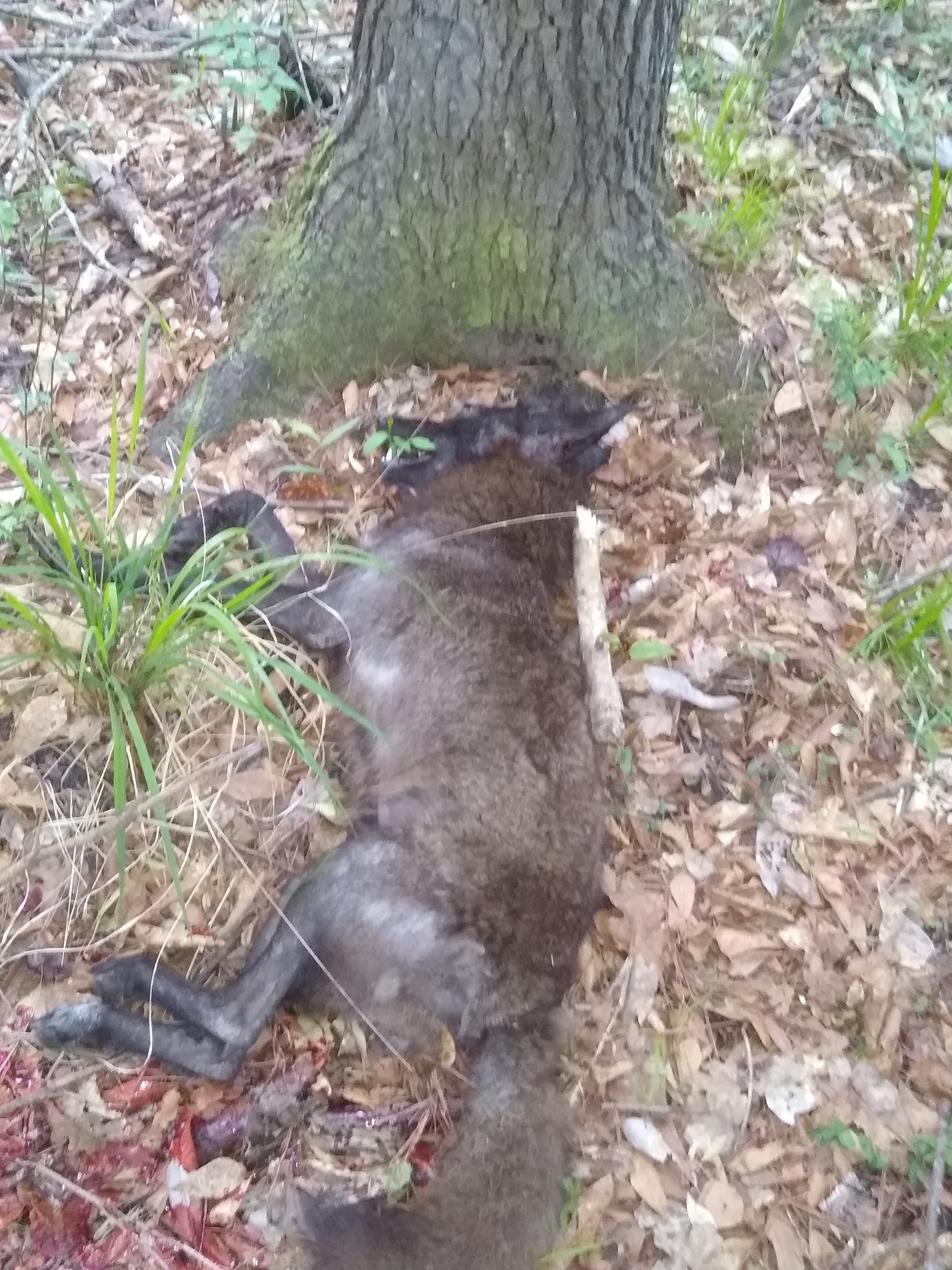 Tugboater76 said:
Coyotes in groups can cause big problems. I have close to 150 square miles of private property that I actively hunt coyotes year round for ranchers, farmers and a few Dairy farms. It is really hard to kept there numbers in check. But I do my best.
Click to expand...

I've always heard that once coyotes get established in your area they are almost impossible to eliminate. They say they know what is a good population for the area and food source and will have litters accordingly.
If the pack remains at the right size they may have 2 pups, if thinned through hunting or otherwise the females may have 7 or more. They are very good at controlling their own population.

Our farmer has lost 2 german shepard mixes to the local coyote pack. A pack will kill a single dog PDQ. A pack has gone after my 70 pound lab, and I had to pull out the pistol. I. HATE. THEM. We are constantly shooting and trapping them on our lease, and never seem to make much of a dent in the yote population.
So many ducks, so little time....

I had a friend get bitten by a yote while turkey hunting. He had his back to a tree and was calling with a yelper when the yote came from behind and grabbed his bicep. The yote quickly let go and took off not giving my friend a chance to kill it. He did have to take rabies shots.
No matter where you go there you are

GUNNERX2 said:
I had a friend get bitten by a yote while turkey hunting. He had his back to a tree and was calling with a yelper when the yote came from behind and grabbed his bicep. The yote quickly let go and took off not giving my friend a chance to kill it. He did have to take rabies shots.
Click to expand...

[ve called up seven over the years while calling turkeys. That I've seen, I'm sure there were probably more. Ive killed three.
Social Distancing Expert Since 1978.
R

My first time spring turkey hunting, I had one decoy placed in a hay field. I had no idea if my calling sounded like a turkey or a turd. Two farm dogs showed up, one about the size of a Springer and the other a beagle. The smaller one stayed back by the timber, while the bigger one came over and peed on my decoy. I didn't know if he was commenting on my decoy placement, calling or me in general. A coyote came out of the woods and ran the littler dog to the woven wire fence. Coyotes back in the timber caught it when it got to the fence and had to turn. The Springer sized dog just trotted off. At the time, as a rookie turkey hunter, I didn't realize I could have fired a round at the yotes and not scared any turkeys. But, also, I didn't realize there was a pack of yotes going for the dog.
THE ONLY CONSTANT IS CHANGE.
Heraclitus, 500 B.C.