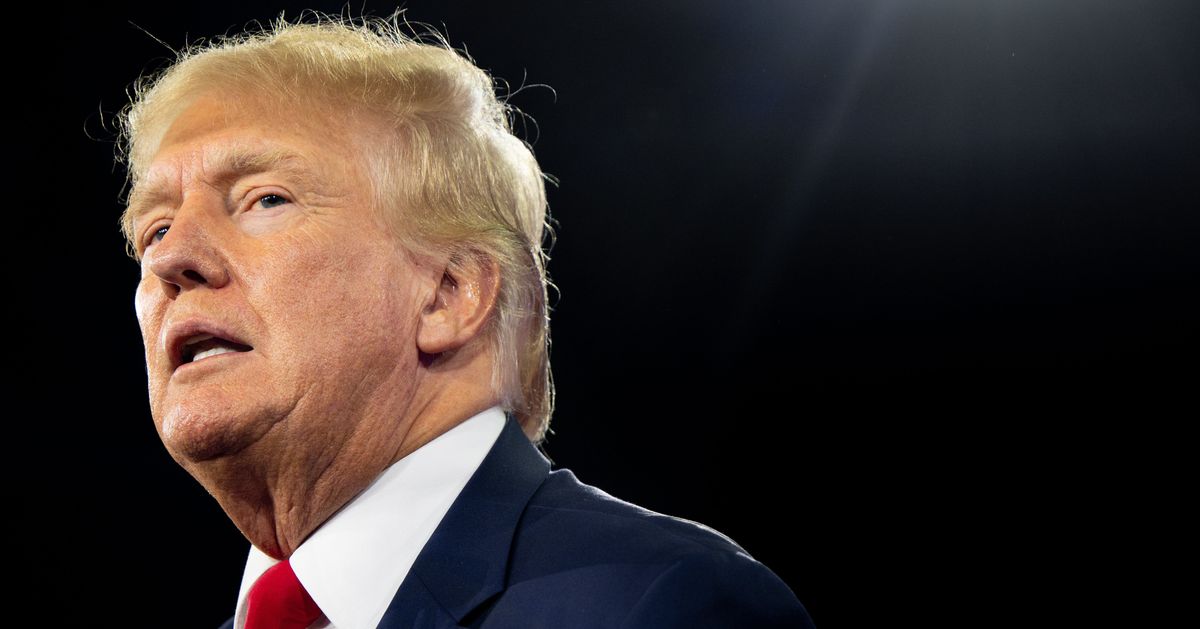 Oh, the Huffington Post. The beacon of unbiased reporting.

This same story is running in the National Enquirer as well, right next to the story about alien abductions.
G

Immaculate deception by Midas Messiah, bereft of compassion and love, megalomaniac sui generis, alas Babylon! Dialogue disappears, we descend to a nether world without souls...
Where hence my wild snipe field of yore, bestower of my dog's true heart?

Exactly how many of the minions is the president required to communicate his orders to before they become official? Once again, it is the minions in the alphabet soup mistakingly believing that the president must follow their rules. He was the president and could declassify what he wanted however he wanted. There is no procedure specified in law.
I wish I was half as good a person as my dog thinks I am.
Y

FCF, why weren't you concerned about Hillary's server? Or Swalwell sleeping with a Chinese spy while he was in the intelligence committee? Or Hunter Biden clearly being compromised and still has access to his dad?

Why now? Why all of a sudden are you now concerned?

If Trump broke the law, charge him, try him, convict him if necessary. But do it to ALL of them.
It can't always be someone else's son or daughter.

I don’t really get all this classified documents at his personal residence.

Let’s assume he had his house (alarm systems, safes, procedures) upgraded to store classified documents. Then what’s the big deal that he has these docs? None were lost to the enemy.

Maybe he took the documents on his own and smuggled them home. Highly unlikely. Some aide or two (TPI- two person integrity) with proper clearance, had to have given him said documents. There’s got to be a chain of custody.


He could have printed off the documents himself while using classified systems. I doubt the big don has the knowledge nor would his IT folks make it a chore for him. His aides, yes. Him no. Again, his aides would have accountability of any documents.

Lastly, so what? Trump was, just a short while ago, the most powerful (POTUS) man in the world. And now he’s not. Short of leaking or comiting espionage, What harm could (would) he possibly do.


I’m add myself to the “it’s a witch-hunt” crowd.
“The soldier is the Army. No army is better than its soldiers. The Soldier is also a citizen. In fact, the highest obligation and privilege of citizenship is that of bearing arms for one’s country”
George S. Patton Jr.
T

You're wasting your time with these folks. They will hold their fingers in their ears while closing their eyes and and hollering Nuh, Nuh, Nuh, Nuh when presented with any info the doesn't fit their narrative, and go to the extremes of silliness defending debunked theories that fall under "the Tucker Carlson defense".

Nothing but a witch hunt, fishing for a crime . And I'm sure they have again lied on the affidavit this time just like they did on the Russian thing that was proven to be lies and untruths. Democrats are not to be trusted or believed.
Just because you don't agree with me doesn't mean that I'm not right.


A peculiar virtue in wildlife ethics is that the hunter ordinarily has no gallery to applaud or disapprove of his conduct. Whatever his acts, they are dictated by his own conscience, rather than by a mob of onlookers. It is difficult to exaggerate the importance of this fact.
Aldo Leopold​
L

timber hunter said:
You're wasting your time with these folks. They will hold their fingers in their ears while closing their eyes and and hollering Nuh, Nuh, Nuh, Nuh when presented with any info the doesn't fit their narrative, and go to the extremes of silliness defending debunked theories that fall under "the Tucker Carlson defense".
Click to expand...

Nancy, what are some of these "debunked" theories and who debunked them?
"Here`s a bumper sticker I`d like to see. We are the proud parents of a child whose self esteem is sufficient that he dosen`t need us promoting his minor scholastic achievements on the back of our car." - George Carlin
You must log in or register to reply here.

F
About Par for this guy