We have a local mayor who is very BLM. He created a crisis by focusing on a Civil War statue. Dated back to the early 1900's. He wanted to tear it down. Make a jr riot out of it.

Some activists showed up on hopped up atvs and a couple of busloads of protesters showed up. Problem was, the police surrounded all the gun stores(against looters) and armed citizens showed up to protect the statue. Other police showed up and surrounded them while they unloaded the buses. The activists were then going to go out in the county and even the activist mayor told them that people down here were "heavily armed rednecks" and that stuff they got away with up north wouldn't fly down here. They got back on their buses and left.


A bunch of gender fluid weirdos are not going to force any change other than through social media and wokeness.

cootmeurer said:
If the economy continues to go south, I gotta find dog food somewhere. Sounds like an opportunity to me
Click to expand...

That's so dumb I smell a troll..
You tards manage to get a thread about weather shut down? Impressive. TheDuckSlayer

I heard a sounder of pigs can devour a carcass in half an hour. Does that include teeth and other bones that might identify the said carcass?
“The soldier is the Army. No army is better than its soldiers. The Soldier is also a citizen. In fact, the highest obligation and privilege of citizenship is that of bearing arms for one’s country”
George S. Patton Jr.

Doesn’t mean sheet, the laws my side. 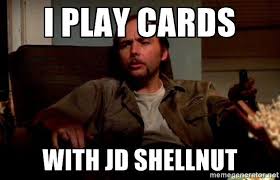 Don't want 100 showing up at my house. Not at one time anyway.

Always kind of figured that when they do, if I take out 10+ before I get killed then I've done my ancestors proud.

The guy is nutless. Just read the 4th paragraph “I’m not the organizing type….”

Kyle was a warm up compared to what they will face…
"When the body is gone, the mind carries on. When the mind is gone, all is lost." TRB - ca. 1994

One of the best things about waterfowling is that I get to spend all day with my dog.