Yesterday a good friend of mine and his girlfriend and I went coyote calling on a new ranch I had never called coyotes on before.

When we went through the gate, we had not even closed the gate behind us and we saw a coyote about 250 yards away heading down to cross the road we were on.

We closed the gate and took our time getting ready to make our first stand. Since we saw where that coyote was headed, we just drove about 100 yards and parked in a low spot and then walked about 150 yards to do our first stand in the shade of some oak trees.

My Foxpro had only been playing for about 3 minutes when a big male coyote ran right in and I put him down with my shotgun. 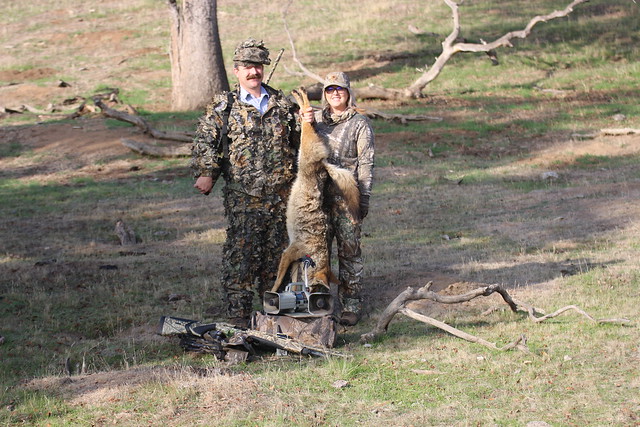 After two blank stands we made another stand with my Foxpro about 35 yards to my left and I was sitting in some big rocks with my shotgun, the two rifle shooters were about 70 yards back up the hill laying prone.

We had been there about 15 minutes and the 3 or 4 sounds I had tried were not working. I played Coyote Pair sound and then went to Pup Distress 3 sound and a few minutes later I saw a coyote about 200 yards away start walking across a basin down below us. 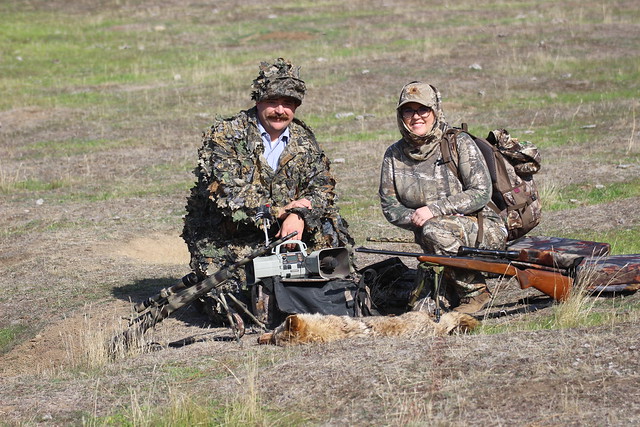 IMG_0283 by https://www.flickr.com/photos/[email protected]/, on Flickr
It blows me away at how good Vole Squeaks sound can work at coaxing in coyotes.

The call had not been going but maybe 3 or 4 minutes when I saw movement to my left, almost behind me. I turned my eyes to the left and saw a coyote come to a stop. While I was telling myself to not move, I heard a boom and saw the coyote drop dead.

My friend's girlfriend dropped her first coyote with her 243 Win within just a few seconds after the coyote stopped. 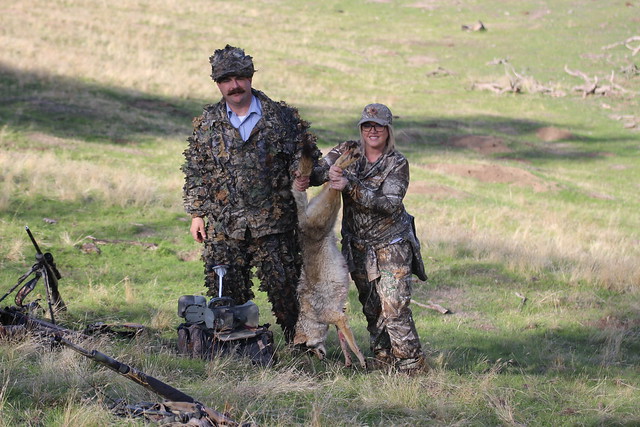 IMG_0301 by , on Flickr
It was pretty cool that she got her first coyote on her first day of coyote calling.

We saw a small bobcat as we were driving off of the property. 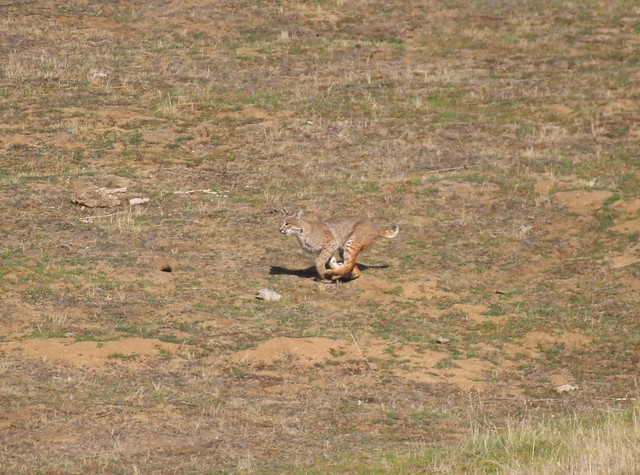 It was not a big ranch but it is some great country for coyote calling. It is pretty open but has enough rocks and trees to hide in.
Kern County, California
Foxpro Field Staff
You must log in or register to reply here.
Share:
WhatsApp Email Link