Location
The Republic of Texas

have seen "sawdust " on fireplace mantle
this Ross has insect damage,
cannot repair feathers,
how does one treat the problem?
Freeze the bird to kill insects? 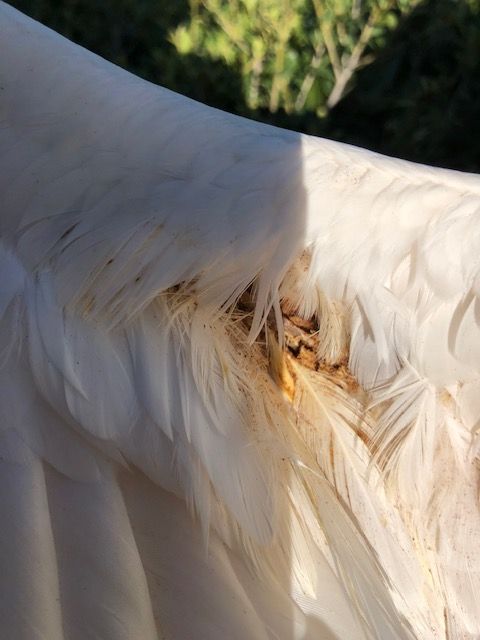 Location
The Republic of Texas

In the future, you can dust it with borax.
En boca cerrada no entran moscas.

If you have other mounts, I'd suggest inspecting them and keeping an eye on them. Typically if one mount has "bugs' then others most likely do too. Setting off a "bug bomb" with your mounts in an enclosed room will eventually kill them, but you will need to do it more than once as the eggs are rarely killed. Doing multiple treatments spaced out a week or so should catch them in one of their other stages after hatching. It's actually an on-going thing as dermistids are everywhere and can enter your house at about any time. Just a matter of time before they find something nice to chew on.

Permethrin
"The strongest reason for people to retain the right to keep and bear arms is, as a last resort, to protect themselves against tyranny in government." ~ Thomas Jefferson

"If you wait by the river long enough, the bodies of your enemies will float by." Sun Tzu

A light dusting of ECO WD will be a good lasting residual for dermestids. This can be applied once a month and is a very low risk insecticide. Read your labels and follow the instructions.
You must log in or register to reply here.
Share:
WhatsApp Email Link