Kids - what age to let them kill something?

I bought my 7yo a single shot yildiz 410 from academy, 129 bucks, cut a few inches off the stock and put a recoil pad on it. She could certainly shoot something like that. He has had a lot of fun with it. He's older now, shooting a 1187 compact 20, but the 410 still gets some action 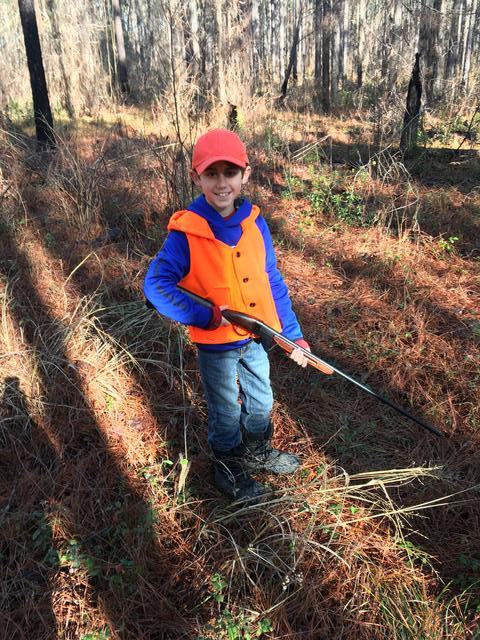 His first duck with his 410, had a group fly through. I wasnt expecting anything out of him told him to throw up and shoot. Dang if he didn't knock one down 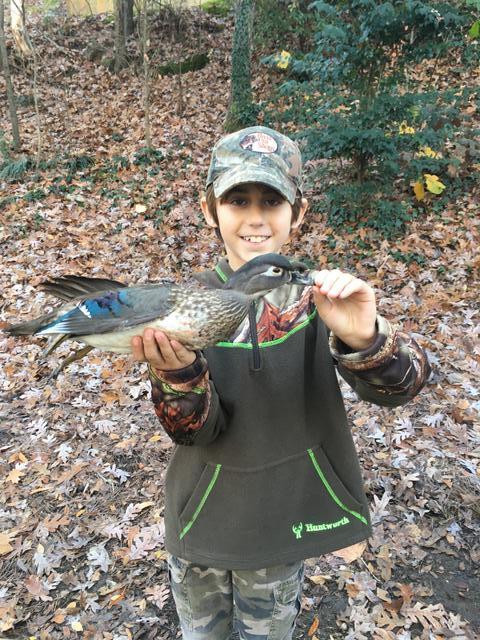 Also, an ar is a great platform for a kid, can shorten the stock right up, gas operated, little kick. Here is a buck he shot at 80 yards with a 300bo at 7yo. He's 11 now and shooting my model 7 in 708. Gotta have them a good rest, that solves the holding the gun up part of the equation. Joker loves to pull a trigger on a deer. He's not out to kill ducks, turkeys, etc, he enjoys the hunt for sure, but something about a deer, he wants to shoot everyone he sees. He keeps the freezer full. I havent pulled the trigger on a deer in over 4 seasons. 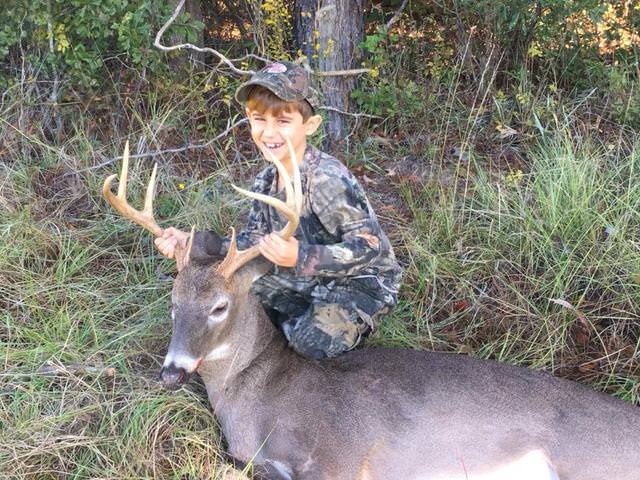 But I get it, when we were young, you didn't here about little kids killing stuff. I was 9 before I shot my first deer and that was still young back then. Now kids are shooting deer at silly ages, 4yo. Turkeys too. As much as my son loves to hunt, I can tell you right now he wasnt ready at 4, I think a lot of that is daddys wanting to pound their chest, etc....like its a competition. You'll know when he/she is ready. If she wants to do it now, you better get on that and make it happen.
Tell me something...it's still "We the People" right?
R

I found her a Savage Rascal that is a good fit for her, so she can build the necessary foundational shooting skills. Freehand and having good form, etc. I put a 3-9x40 scope on it after she proved herself with the peep sight. She’s put in a bunch of practice over the last few weeks and today we had an opportunity with good weather to hunt some squirrels. She Missed one at 40yds, just high, then got some payback a few minutes later with a headshot squirrel at 40 yards for her first hunting kill. She was pumped.

We looked at the AR platform and will probably go that route next year for a deer rifle.

Still searching for a shotgun..

When I was a kid there was nothing in this world more exciting than going to the river bottoms with grandpa and that Browning 20 gauge. The sound of that 20 and a squirrel hitting the ground still seems like yesterday.

Make sure she can hold and mount the gun she is shooting... A .410 does have some recoil (a fact I found out while teaching my own daughter to shoot). The smaller/lighter the gun, the more recoil it will have... Kids need a small/light gun to be able to mount and control properly.

To some degree you have to let the kids dictate when they are ready, but you also have to make that decision based on their physical stature.

When she can mount the weapon of choice, without leaning back like the Leaning Tower of Pisa... Pull it in tight... Let her shoot a shot or two at an easy clay target... Shooting a stationary target (like a can) might give more confidence, but they also seem to be more aware of the recoil... If after shooting at a clay target, she wants to shoot again, let her take a shot or two... If she says "that is enough," let it go at that, and do NOT push.

My youngest is not ready to shoot based on her ability to mount and hold the gun, and she is 9...
You can call me "Marc." If you have a good place to hunt or fish, you can call me whatever you want.

Fly fishermen are born honest, but they get over it.

"Don't shoot that duck swimming on the water.... Wait till it stops swimming."

I'd add on to what @Squaller said by noting that it is not a race. You don't win an award for having your kid hunting by age 9 rather than 10 or 11 or 12. The risk/reward tradeoff is highly negative IMO when trying to push a young kid into hunting early who is not ready. Lots of downsides and no upside.

Mental and emotional maturity matters a hell of a lot when dealing with kids and safely handling guns. Some kids are mature enough to handle it, some aren't. My oldest probably could have started at 6 or 7 given his maturity but I started him at 9. My youngest is 9 and I haven't started him yet because of his immaturity. He'd probably do fine, but IMO there's no benefit to pushing it. He's got the rest of his life to hunt if he so chooses. Holding him back one or two years isn't going to harm him at all.
You must log in or register to reply here.

Looking for some breeder advice