Decided after 2hrs of hardly anything flying I would go for a walk and it paid off !!! Ended up with 5. Hope everyone else is getting a few ?
W

No. No birds around so I have not taken the shotgun out. Maybe with this snow that might blow in tomorrow. Idk. We did limit out on geese but that was a month ago. Have not been hunting since then. I do shoot 1 or 2 collared doves a week with the pellet gun so the dog has something to retrieve.

Nothing around in Lake County. Two or three small groups of what are almost “resident” geese, but zippo coming through. Where are all the birds?
Take 'em!

Living in Salem I can be a duck gypsy as I am in the middle of nowhere but an hour from anywhere. I hunt the Willamette from Wheatland to Buena Vista and local ponds I have access to or drive to Tillamook or the Columbia. Hunting started out with a bang here on the Willy the first few weeks as we had water, then died as the birds migrated out as the little water we had in the valley dried up. Now some are on the coast, but not much, it takes a weather event to get a good hunt in. Tons of birds migrated north to the lower CR and if you have experience and a boat hunting has fantastic from Astoria to Goble since Thanksgiving.

I am lucky enough to lease a five acre pond we plant corn and sudan in the summer when it dries up and it has been a bird mecca this year as it flooded early and unfortunately (for them) 2 of the members have not been able to hunt much, so it has not been overhunted. Two of us go every Saturday and an occasional Wednesday. Our body count is 147 birds, 90% of them mallards. We have a 500 bird swarm at shooting hours but we sit tight and let them land, after 20 minutes it is light enough to ID drakes we turn the dog loose to kick the birds off then shoot them as small groups filter back. This method has worked good to not educate large numbers of birds at once, plus not overhunting it our club has been a gold mine this year. Between the boat for weekdays and the club on weekends Mr. Angus has gotten almost 200 retrieves in so far this year. We have been very lucky as most folks I know have had spotty hunting and it has been very slow here in the valley.

Hopefully the upcoming cold weather and all the rain in the forecast will drive some fresh birds down and everyone will get some shooting.

50 degrees in eastern oregon in the middle of December!!
We went out a couple days ago. No need for the birds to move and feed. Heck it was shirt sleeve weather almost. The birds are stale and know the game. Nada, zip. zero.

Things turned around this weekend in the valley. Big wind and rain storm Saturday blew a bunch of birds in from the coast. Lots of widgeon and pintails. With all the rain there is sheet water everywhere now and birds sitting on each little spot here in the mid-valley. Everyone I know shot birds this weekend, not red hot but everybody got some shooting. Hopefully this cold weather will push birds down for everybody.

Old Guys Rule said:
Things turned around this weekend in the valley. Big wind and rain storm Saturday blew a bunch of birds in from the coast. Lots of widgeon and pintails. With all the rain there is sheet water everywhere now and birds sitting on each little spot here in the mid-valley. Everyone I know shot birds this weekend, not red hot but everybody got some shooting. Hopefully this cold weather will push birds down for everybody.
Click to expand...

Really need it to freeze the small water on the east side !!! 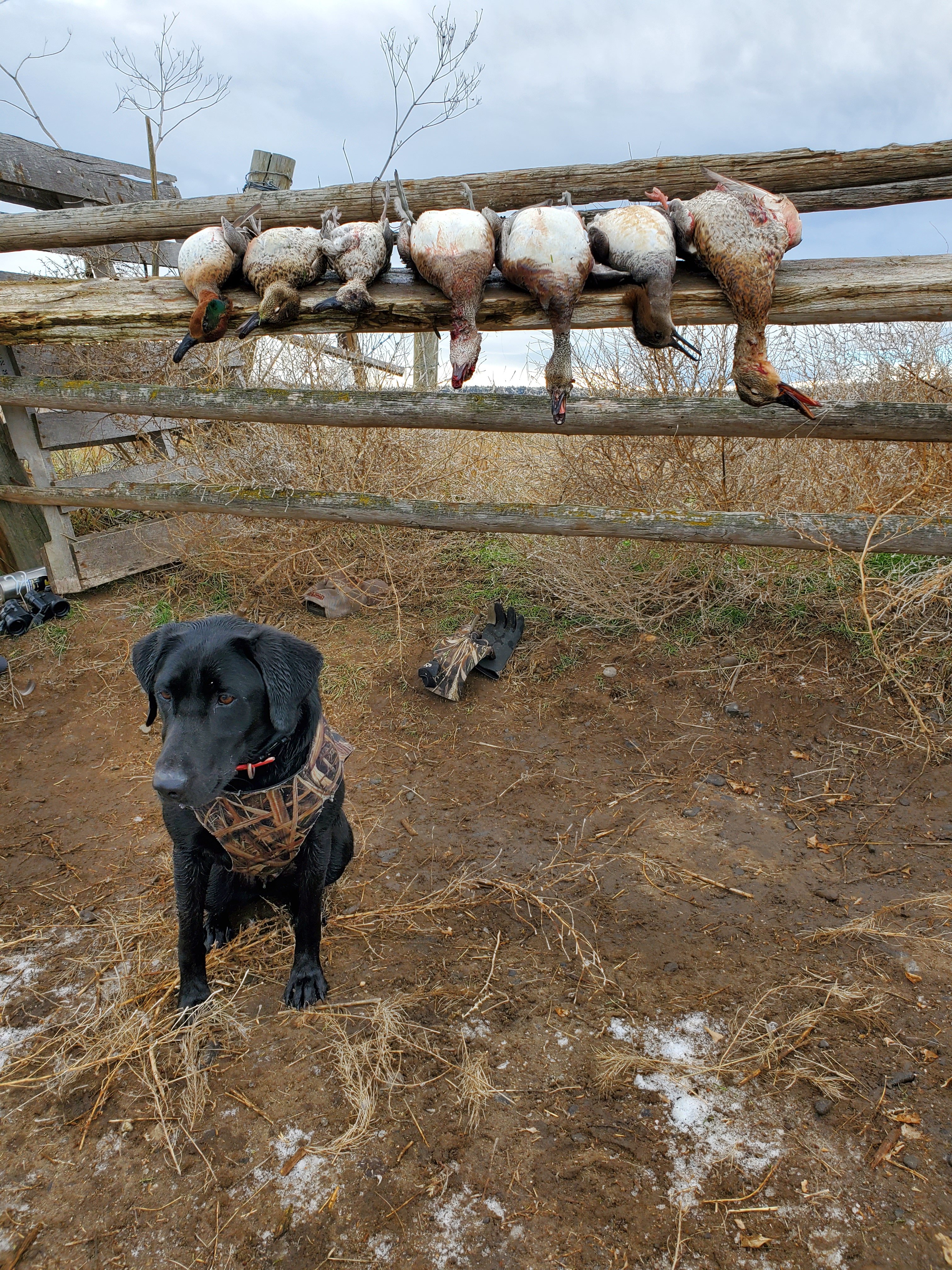