bill cooksey said:
Estimated it took about 500 greenheads to fill each lamp. Thing is, they slowly settle and need about 50 per year to refill.
Click to expand...

Know what you mean. I put mine in mason jars, no matter how many you put in there, it never actually “fills up”. Kind of what I like about it though. 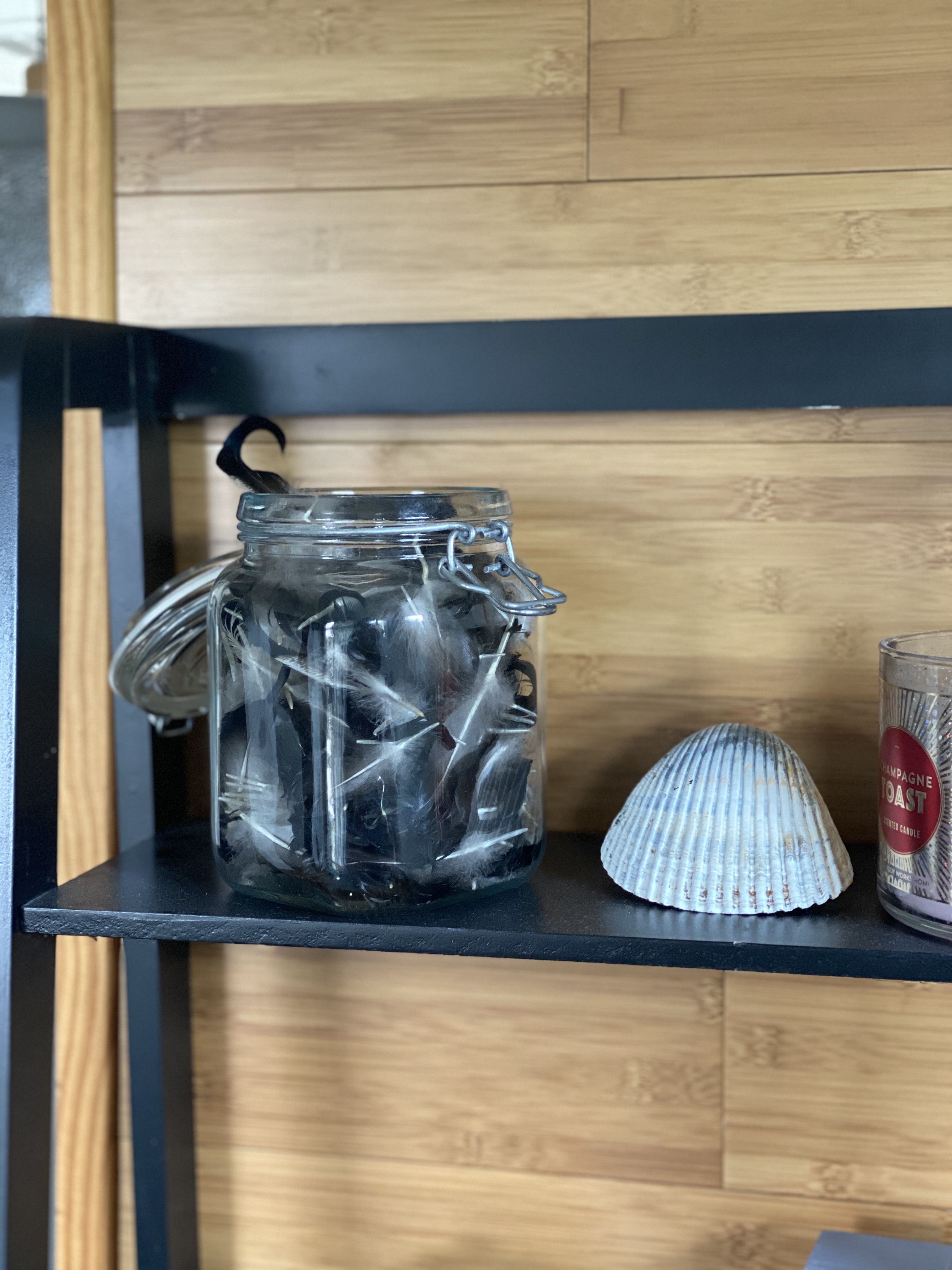 Oddly enough my girl (big animal lover) thought the idea was cool and would make a neat decor around the house. I had one jar on me from the move and put one in her crib. Partially hoping it can serve as a daily reminder that I won’t be around much during Nov- Jan and she can just let me go without putting up to much of a fight.

120 and counting, I'm a taxidermist. I can't ever pluck a nice drake Wood Duck or anything for that matter. In central Iowa we don't often get nice late season anything so when I shoot one it goes on the wall. I give myself a discount rate.
T

Oddly enough my girl (big animal lover) thought the idea was cool and would make a neat decor around the house. I had one jar on me from the move and put one in her crib. Partially hoping it can serve as a daily reminder that I won’t be around much during Nov- Jan and she can just let me go without putting up to much of a fight.
Click to expand...

Ive got a couple empty kirk and sweeny 23 yr rum bottles that may look pretty cool filled with drake curls...

I usually mount my birds in the oven or on the grill.

2. Have the skull cap & antlers from my first buck (a nice 8pt) mounted on the wall at the camp. When I found him I took a pic (was layed up against a log, looks like he's "sleeping") and it sits framed just below.
Have the skull from a bear I shot on a hunt several of us did when we finished college. 3 if you include the tailfeathers from my first pheasant, and 4 if you include flight feathers from the first goose I ever shot with a handload, stuck in the hull.
No birds. Our shooting is finished in November, most years. I've never taken one I thought I should get mounted, mind you some of the drake woodies are pretty nice. The only Old Squaw I've ever shot got stuck in the freezer while I thought about it.. not sure whatever happened to it, though.
If at first you don't succeed,
destroy the evidence!

Canvasback, widgeon, pheasant, 3 turkey fan mounts. Lost a speck and a pintail. Should have mounted my only black duck, but I didn’t.
Steven Alexander
It may be lonely at the top, but it's a b!tch at the bottom. -Jamey Johnson

Years ago I had an old friend who was a skilled fly tier, shotgun restocker, and all-around gentleman in the mold of Nash Buckingham. He asked me if I ever shot a wood duck drake would I save him the feathers. I did shoot one, picked it and put the feathers in a shoebox and gave it to him. He thanked me profusely. I found out years after he died from another fly tier what he wanted was the pelt of the wood duck so he could take a left feather and marry it up to a right feather to tie a fly. But he was such a gentleman he never said a word.
R

Only 2 birds, a bull canvasback and a nice sprig. Both killed the same week, when I was hunting by myself. Have a nice widgeon in the freezer that might go on the wall. Don't know.

Try to euro mount most of my deer myself.

Here's a Ross mount from my camp 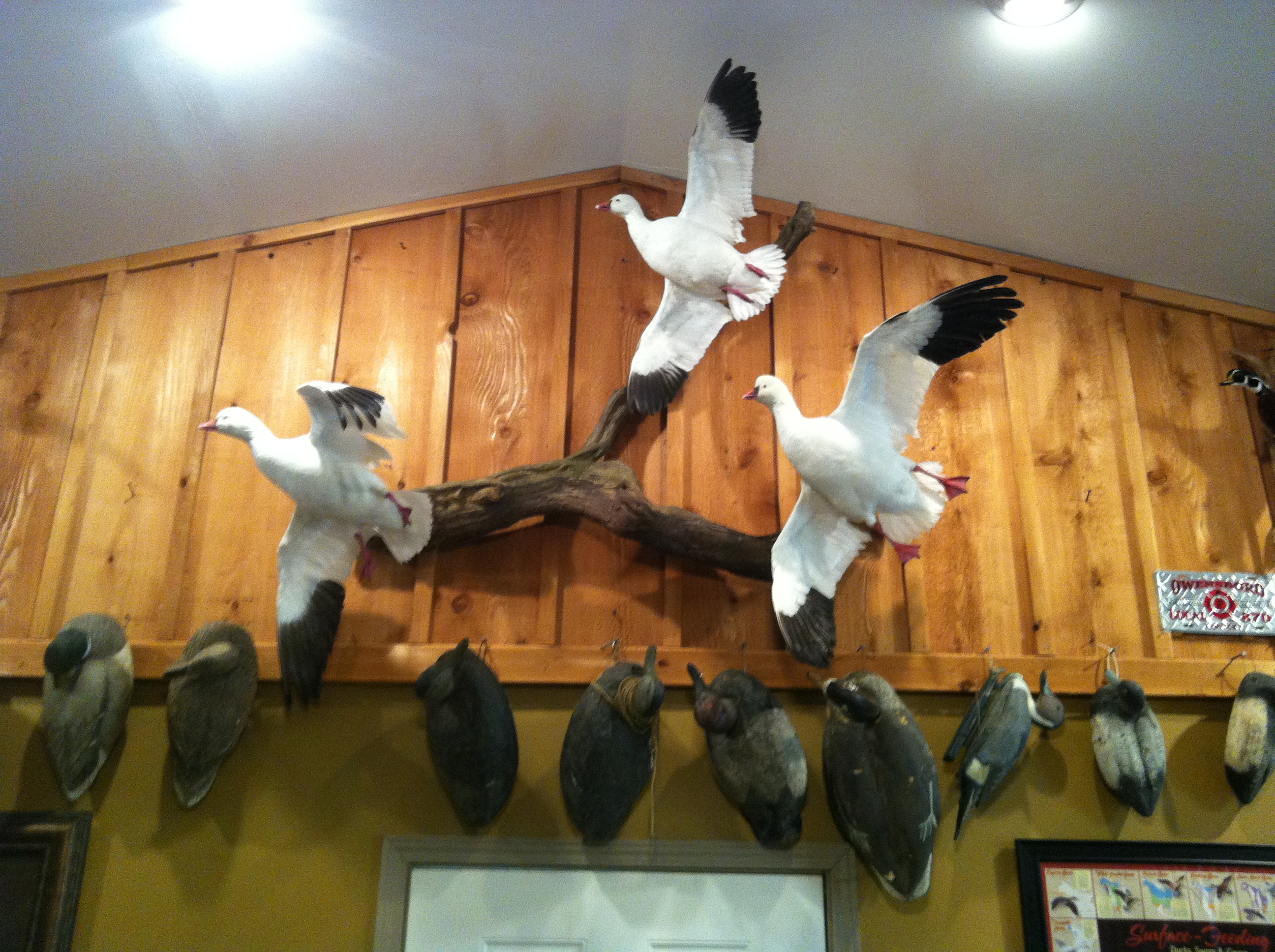 No refunds. Having a guided Duck hunt, annual leases and day leases do not guarantee the harvest of game. Hunting and waterfowl movement is very unpredictable. We do not have tame animals and do not have a high fence operation. …Jay Cranford
You must log in or register to reply here.
Share:
WhatsApp Email Link