as been sketchy this week and nothing anywhere near the small piece of property I can
hunt on. To save tine, I scout before and after trips to train my two retrievers. Yesterday,
as I was exciting the Legend Lake subdivision, several turkeys were in a serious scrum to
decide who gets what. In back of the houses is a very larger wooded area and they must
have been looking for more room.

I stopped my van to watch and they were oblivious to my huge white van. My I-Phone was
quickly thrust out of the window to record the action. After awhile, it got a bit boring and it
was time to head for the retriever training area a few miles away. There are three days left
in this first turkey season. They must know the safety zones.

We got two turkeys the other day with our train. They were so into fighting each other, they paid no attention to us.
#23 all the way.

Well, my failure to recognize the obvious resulted in not having the turkey hunting setup work.
In the past, I had a goose blind setup on the north shore of the pond and turkeys would run
right by the blind when hunting.......geese.

However, it is spring and right in front of my turkey blind is where two or three pairs of geese nest
and raise their goslings. Any intruders are run off diligently. One early turkey scouting morning I saw
two turkeys running west (away from that end) along the north shore. During that time interval no
turkeys were seen anywhere near the pond.

Therefore, a couple of days ago it was warm. I decide to train both of my retrievers and had pretty
much given up on turkeys. As Gigi and Pounce ran several singles across the pond the male geese
swam out to meet them and stayed between my dogs and the mother geese herding their goslings
up close. It was then that I realized no turkeys wanted any part of the shoreline in front of my
spring turkey blind. 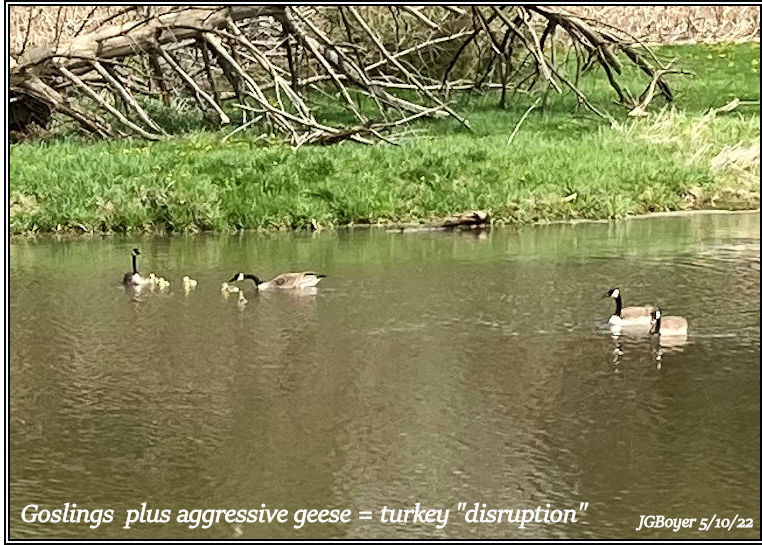 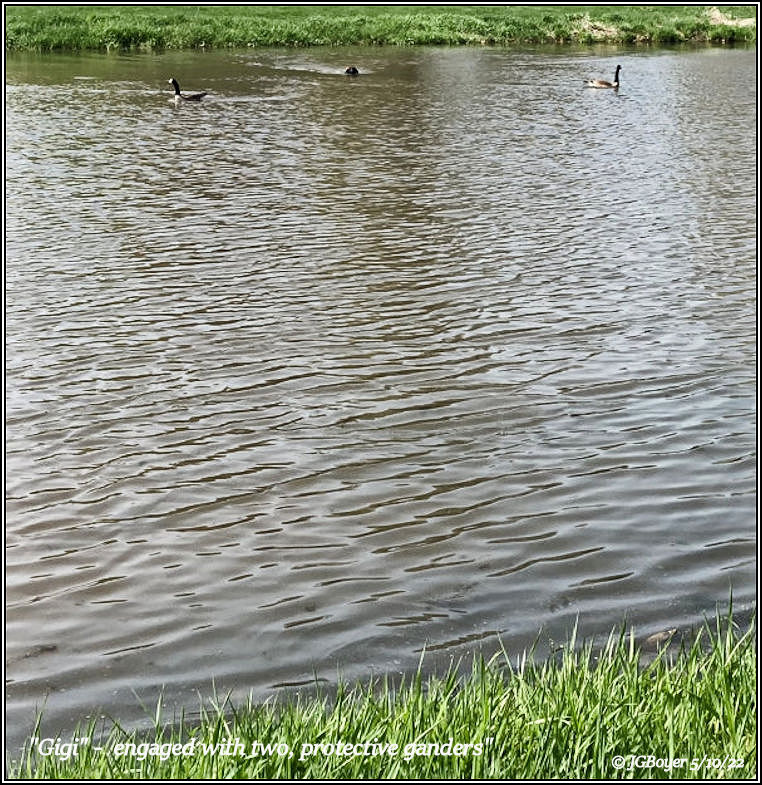 Jim Boyer
You must log in or register to reply here.