I let Carrie Anne (A female 9 lb. Maltese) out to chase a squirrel, in the back yard, this morning. As she was coming back in, I noticed a coyote watching her and approaching quickly.

Dropped him on the spot!!! 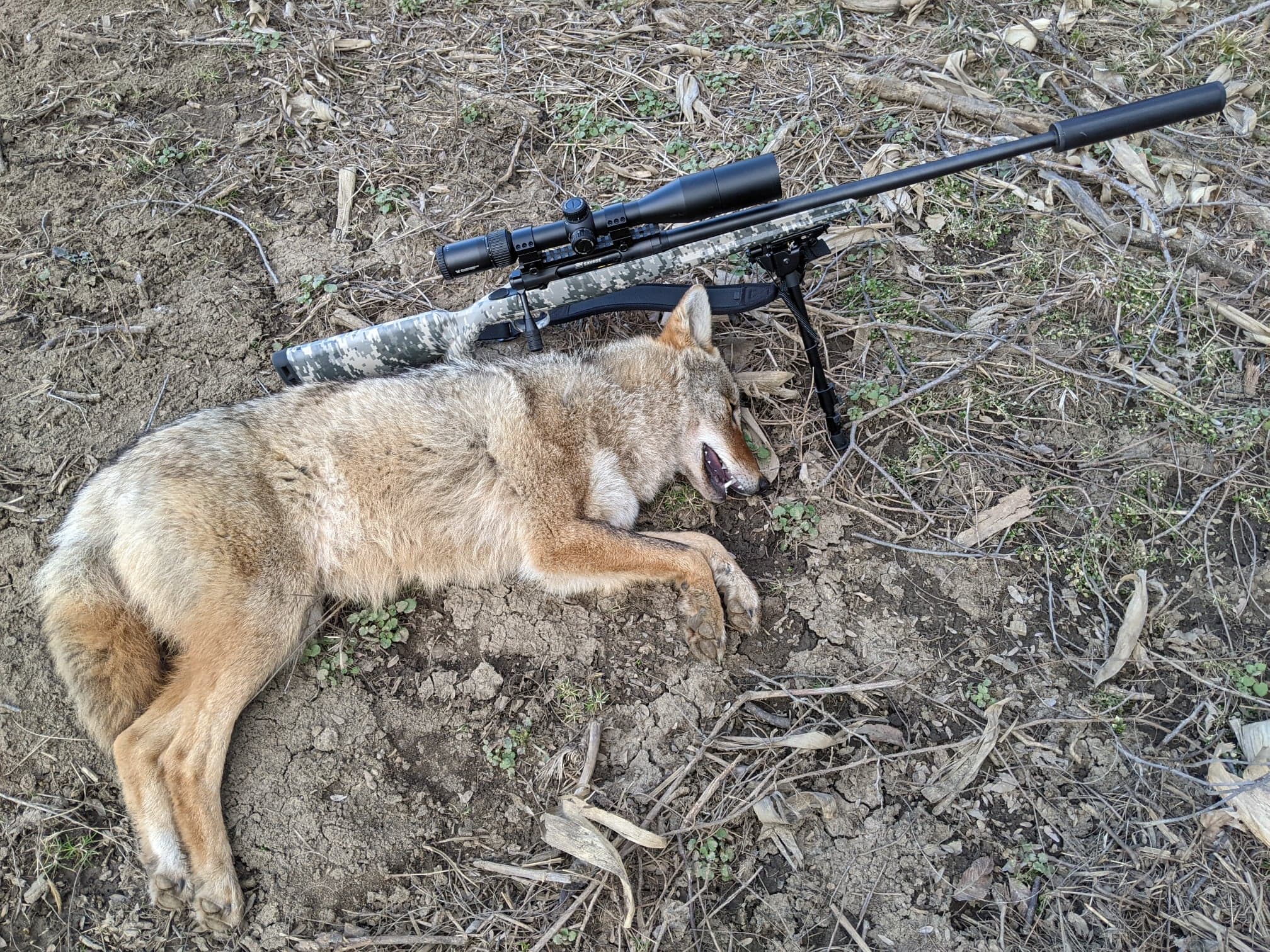 My freezer is a wildlife preserve.

that’s a nice set up!!!!
congrats on your aim.
Long live liberty.

The subject is guns, because without one you are the subject.

Does Carrie Anne know that she is now a coyote decoy dog?
Click to expand...

Thanks, but unfortunately she doesn't. She's almost deaf and will be 16 years old next month. She's still gets around pretty good, has good eyesight, but she sleeps a lot. If the 7 years per 1 year of a human life truly applies, she'll be 112.
Had she spotted the coyote, she's very territorial and wouldn't have thought twice about attacking the coyote. Which in reality, wouldn't have ended in her best interest. I was just glad she made it inside, so I could get my rifle and drop that varmint.
She still enjoys hunting squirrels. 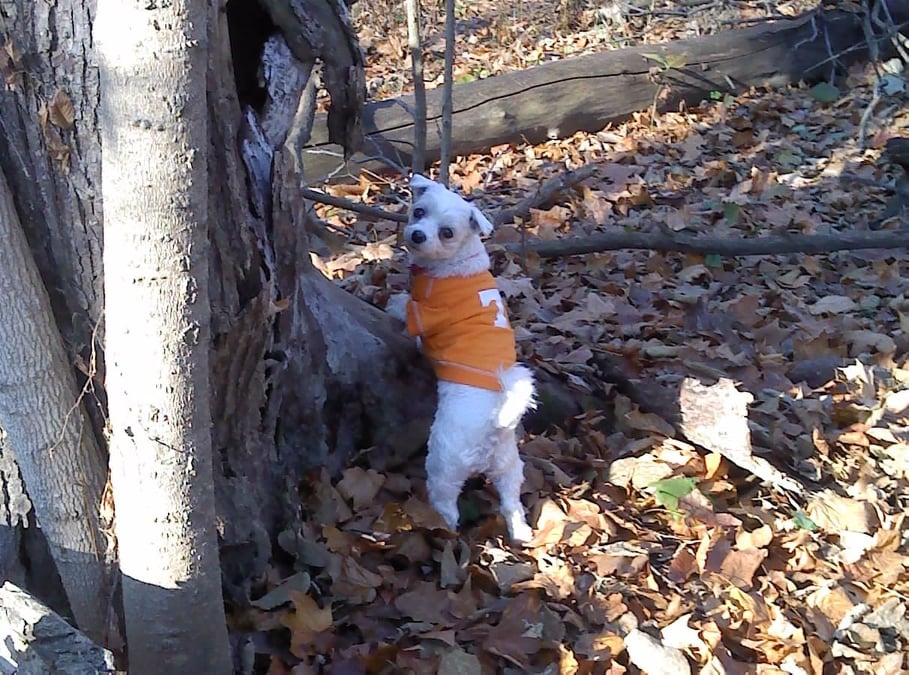 My freezer is a wildlife preserve.

Quite a few years ago I took my female Black Lab coyote calling with me when I was using a rifle. At first she didn't know we were hunting coyotes.

While I was laying prone with my rifle, Jill would lay next to me as long as I rubbed behind her ears. The first three coyotes I shot when Jill was with me, she was asleep. LOL

When she figured out we were calling in coyotes and shooting them, she started chasing them. She even chased a bobcat that I didn't see until she went after it.

I quit taking her because I didn't want her to get tore up by a coyote or a bobcat. 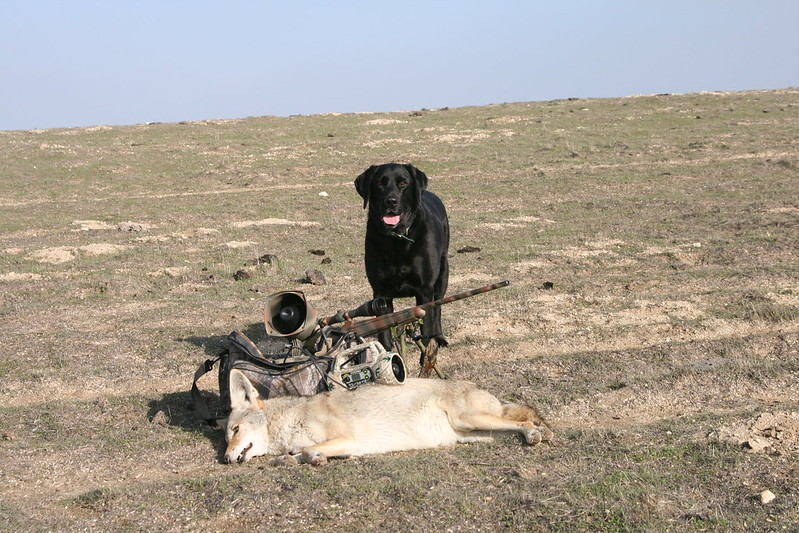 derbyacresbob said:
I quit taking her because I didn't want her to get tore up by a coyote or a bobcat.

Carrie Anne is a cute little thing. Thanks for posting the picture!
Click to expand...

You have a good looking Lab there!
Even if I had a dog that was specific to hunting coyotes, I couldn't bare the thought of my dog getting injured in a fight with a coyote.
My freezer is a wildlife preserve.