Utah bans use of trail cameras in big game hunting

The state’s wildlife department voted to restrict the use of trail cameras for hunting. The decision was made after the Department of Wildlife Resources (DWR) conducted a survey and found that use of the devices for hunting purposes was opposed by the majority of respondents.

Utah officials voted to ban the use of trail cameras for use in big game hunting. (iStock)

Last year, state legislators in Utah voted on HB 295, which went into effect on May 5, 2021. According to a news release, the bill instructed the DWR to create new rules governing the use trail cameras for hunting.


After conducting two surveys, the DWR determined that the majority of the public was against the use of devices that transmit images and footage in real-time for hunting purposes.

The ban on trail cameras also includes bear and cougars, except in situations where the animals are preying on livestock. (iStock)

The new rules also prohibit the sale of footage or data from trail cameras to be used in the aid of harvesting big game.

The DWR voted to ban the use of both non-handheld transmitting and non-transmitting devices for use in the harvest or in the aid of harvesting big game between July 31 and December 31. According to the DWR, trail cameras are any device that does not need to be held or manually operated by a person. These devices are also defined as using heat or motion to trigger the camera.

Trail cameras are devices that don't need to be manually used and capture footage after being triggered by motion or heat. (iStock)

While the same rules regarding trail cameras will also apply to the state’s cougar and bear hunts, there are exceptions.


Trail cameras can be used to track and hunt bears and cougars in instances when the animals are preying on livestock.

What is your thoughts on this
Good Huntin, Carp


Trail cameras are a lot of fun, and are more of a hobby than hunting.
Im not sure why people really would oppose their use. This year ( Idaho) is the first year our trail cams helped us with kills,,, after 10 years of use.
Two boars were coming into our baits along with a handfull of other bears including a good looking sow with a cub. Typically we would hunt the last hours in the evening,,, but the boars were coming into the bait in the AM. We select the exact bears we wanted .
Here in grizzly country we set up our trail cam after an elk kill, So we knew what we could be walking into ( ended up coyotes, eagles, ravens ) when headed back into retrieve meat.
For us its a way to extend our "seasons" 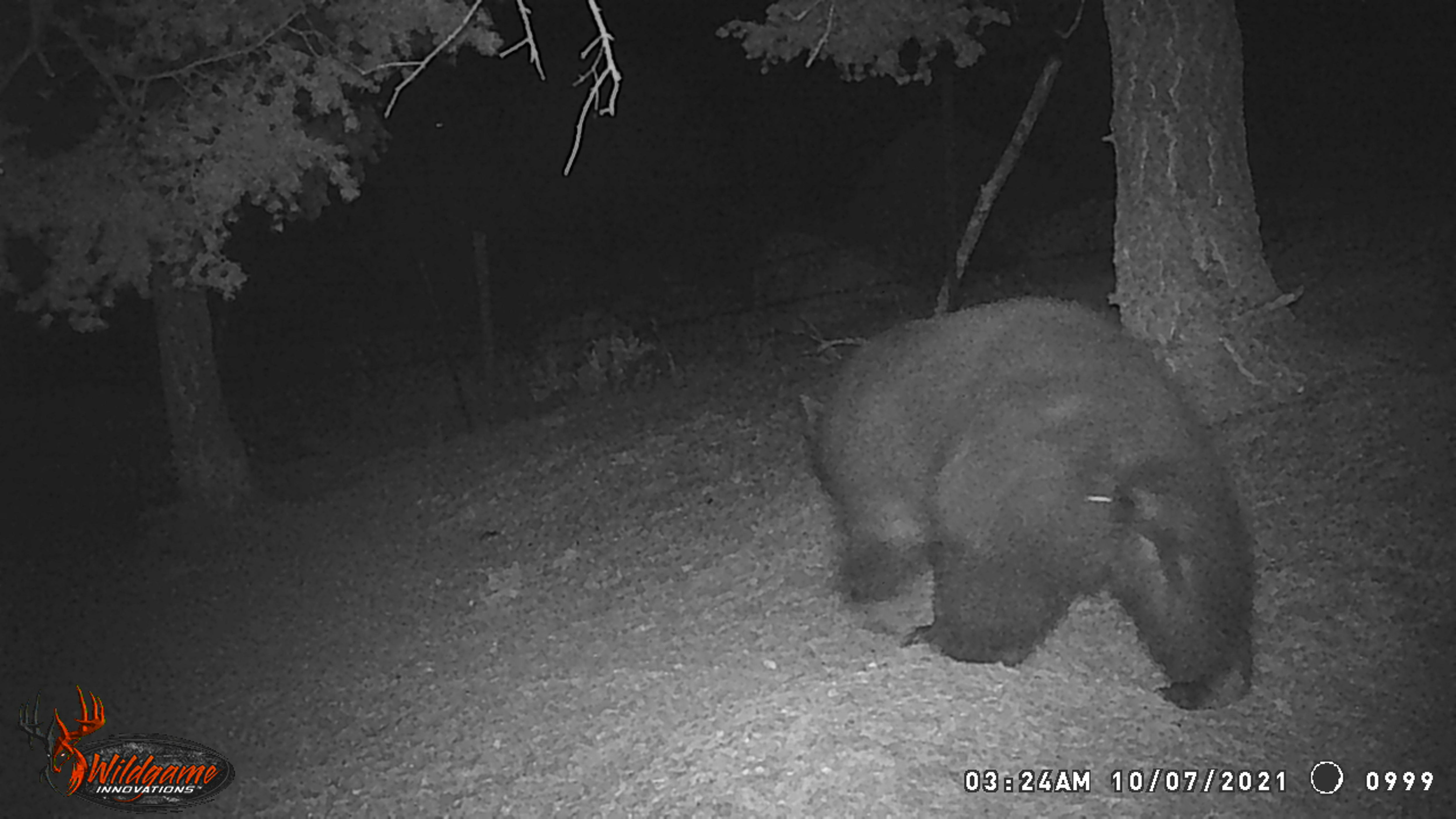 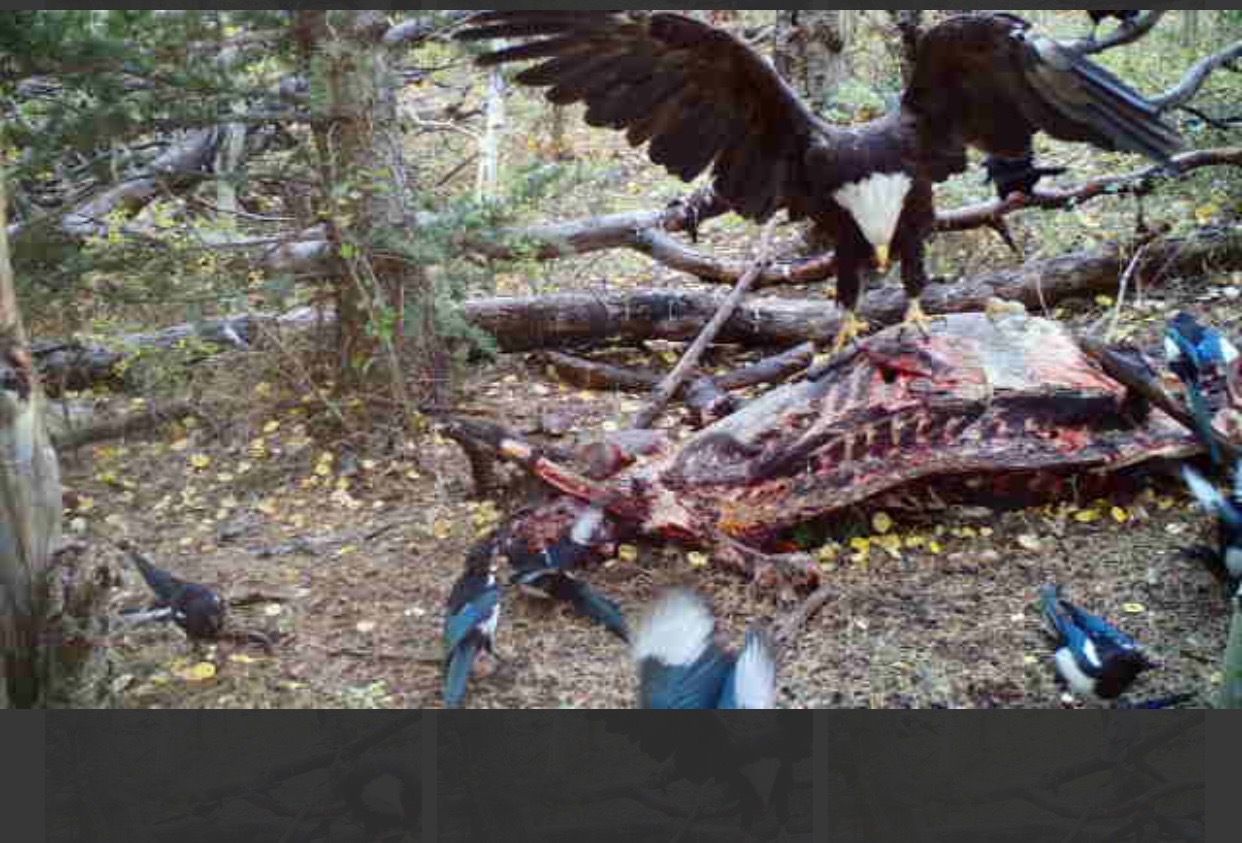 Fed this little guy for 6 years, He was literally waiting in 6 feet of snow waiting for me to feed him. ( Our bait season runs 135 days ) 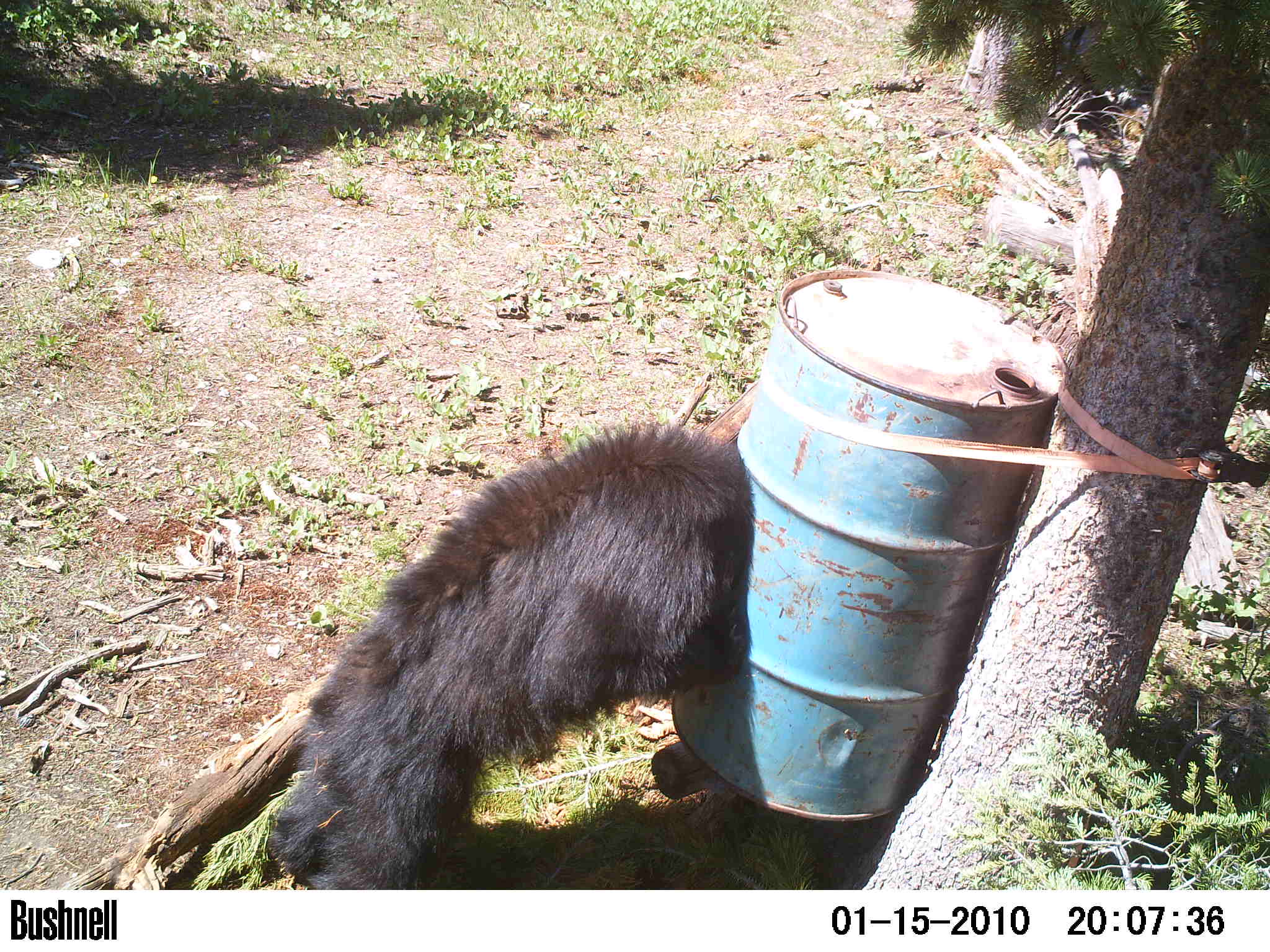 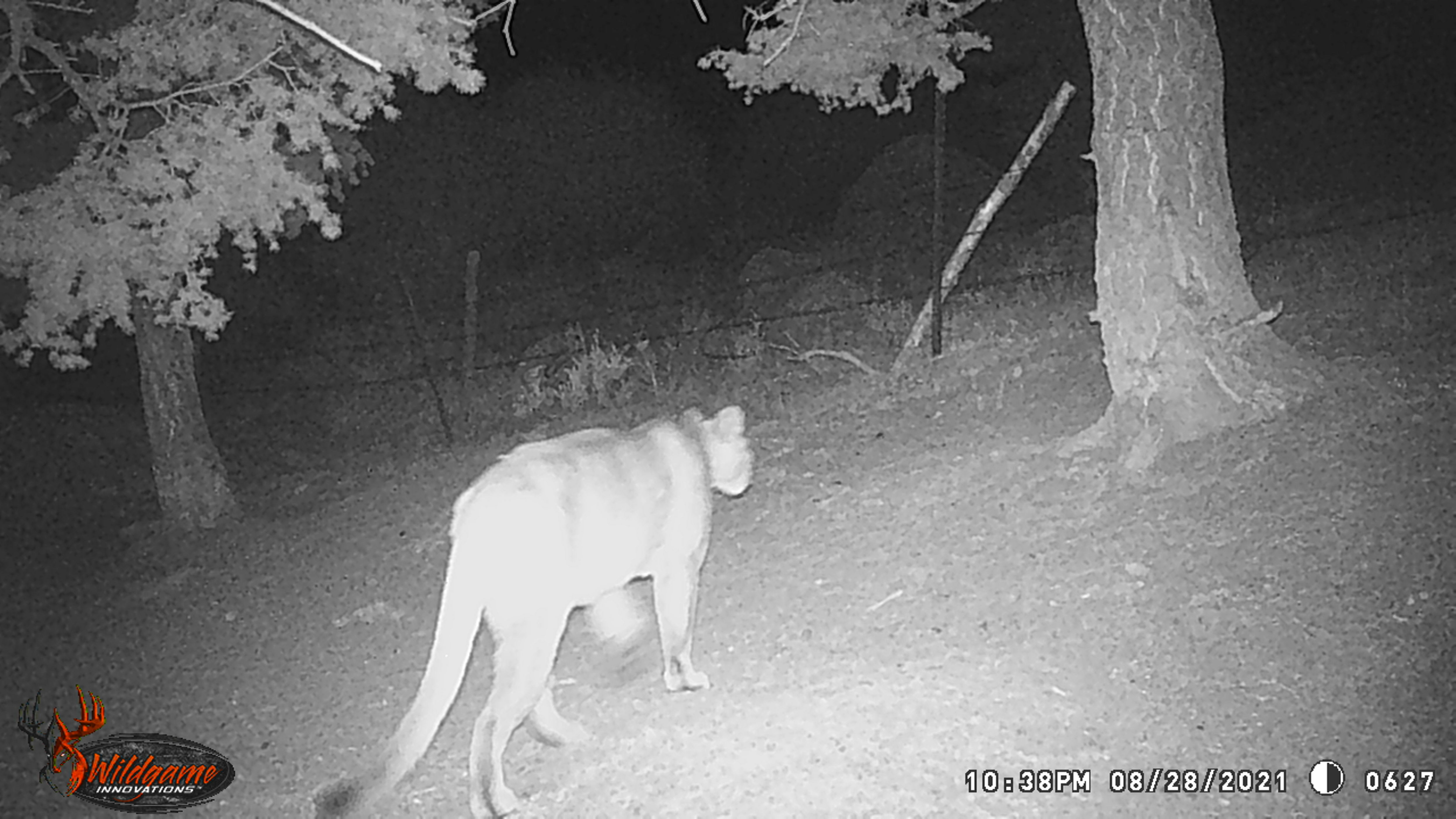 Always showed up the first week of June 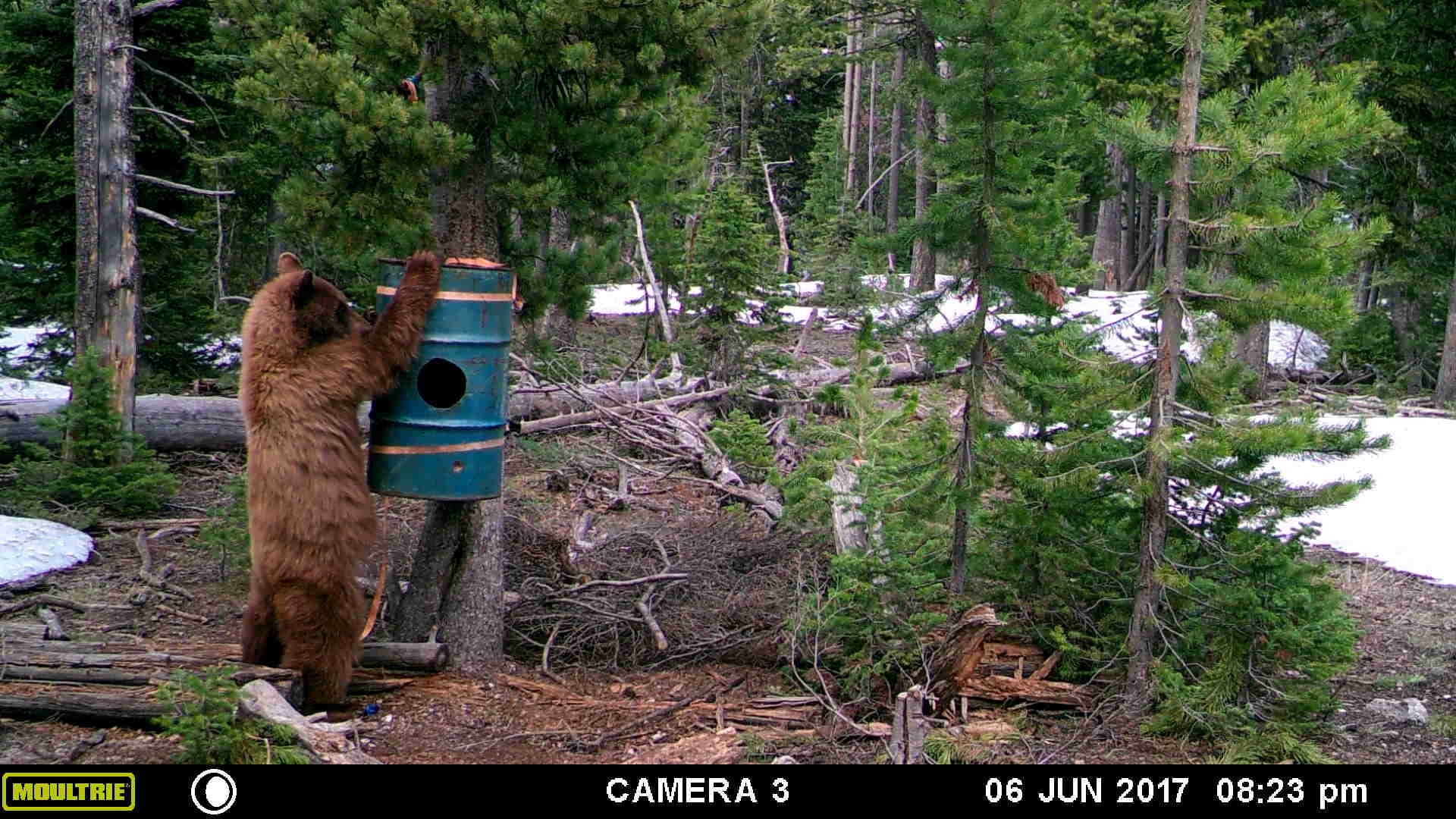 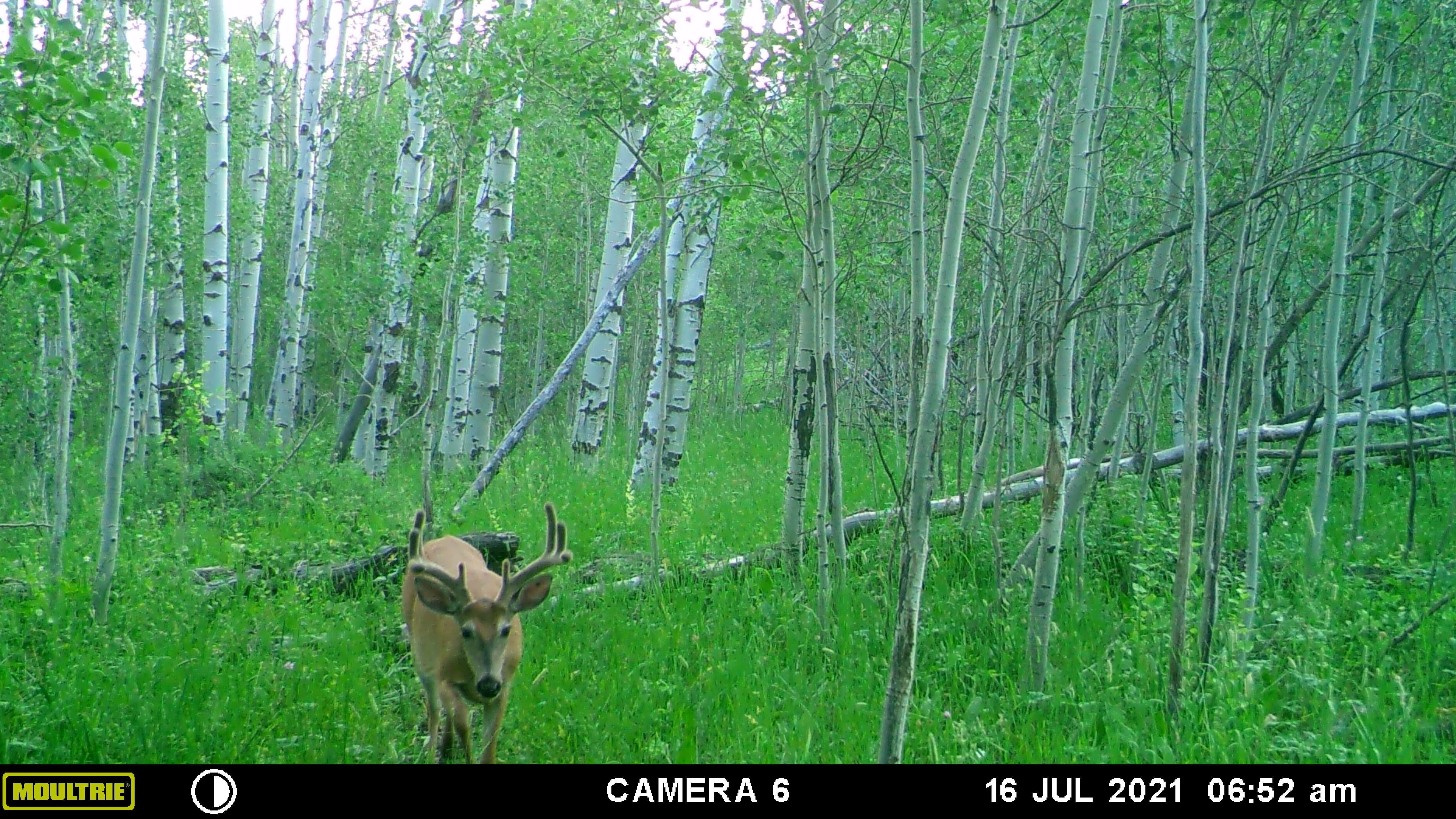 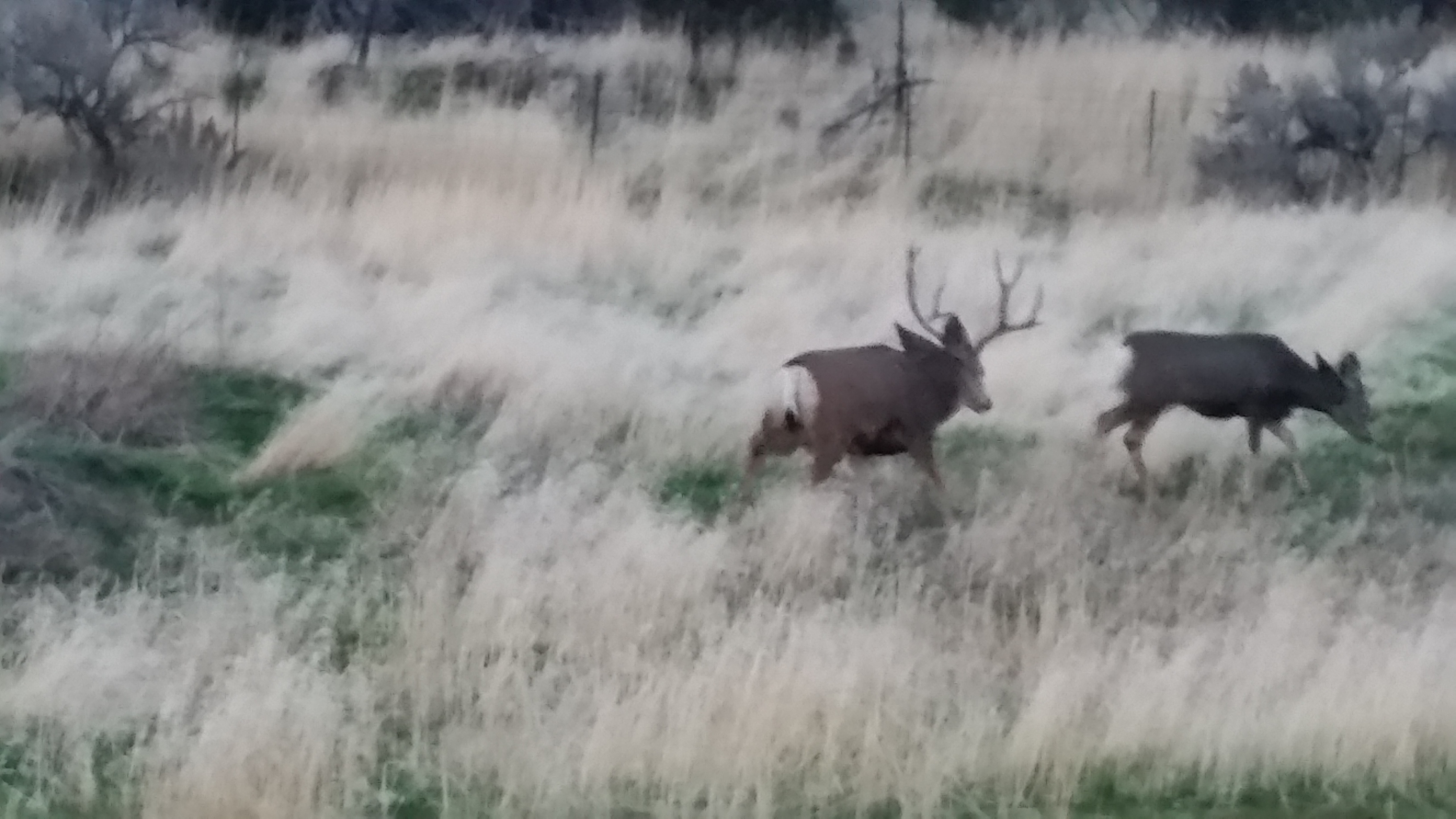 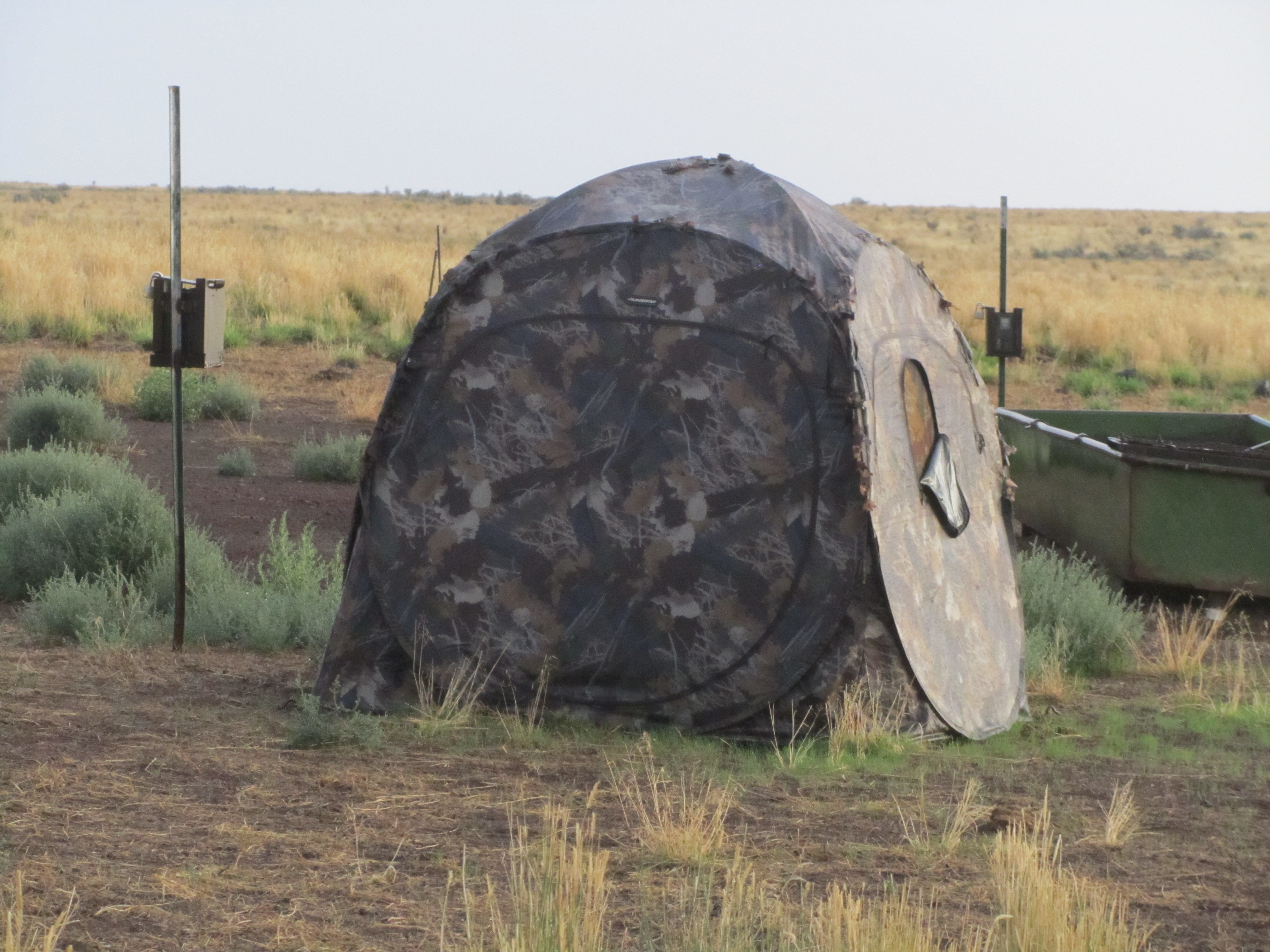 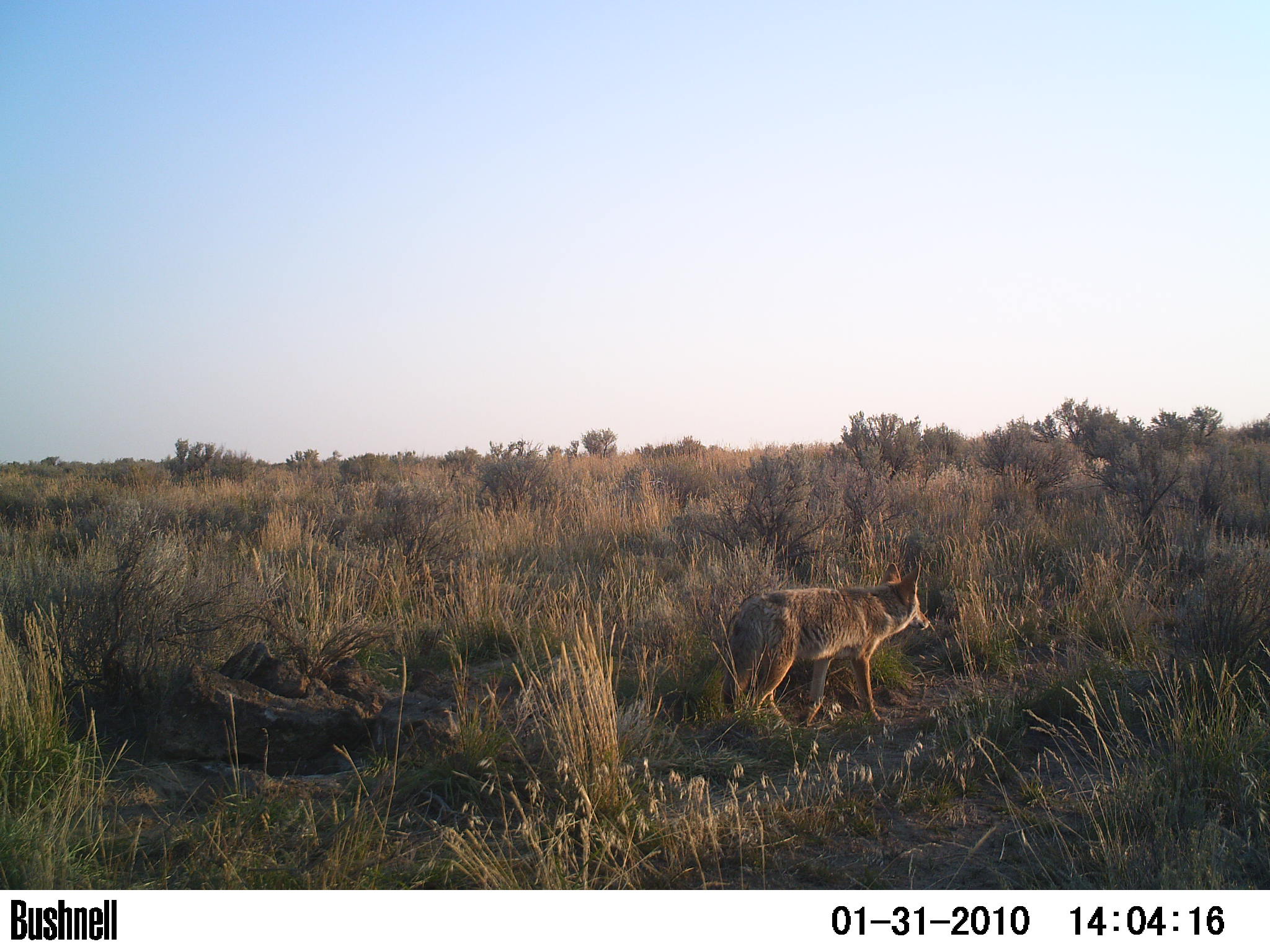 Neat memories this time I had just left the blind, the first series of pics with e bull barely in the frame I could be seen in the distance 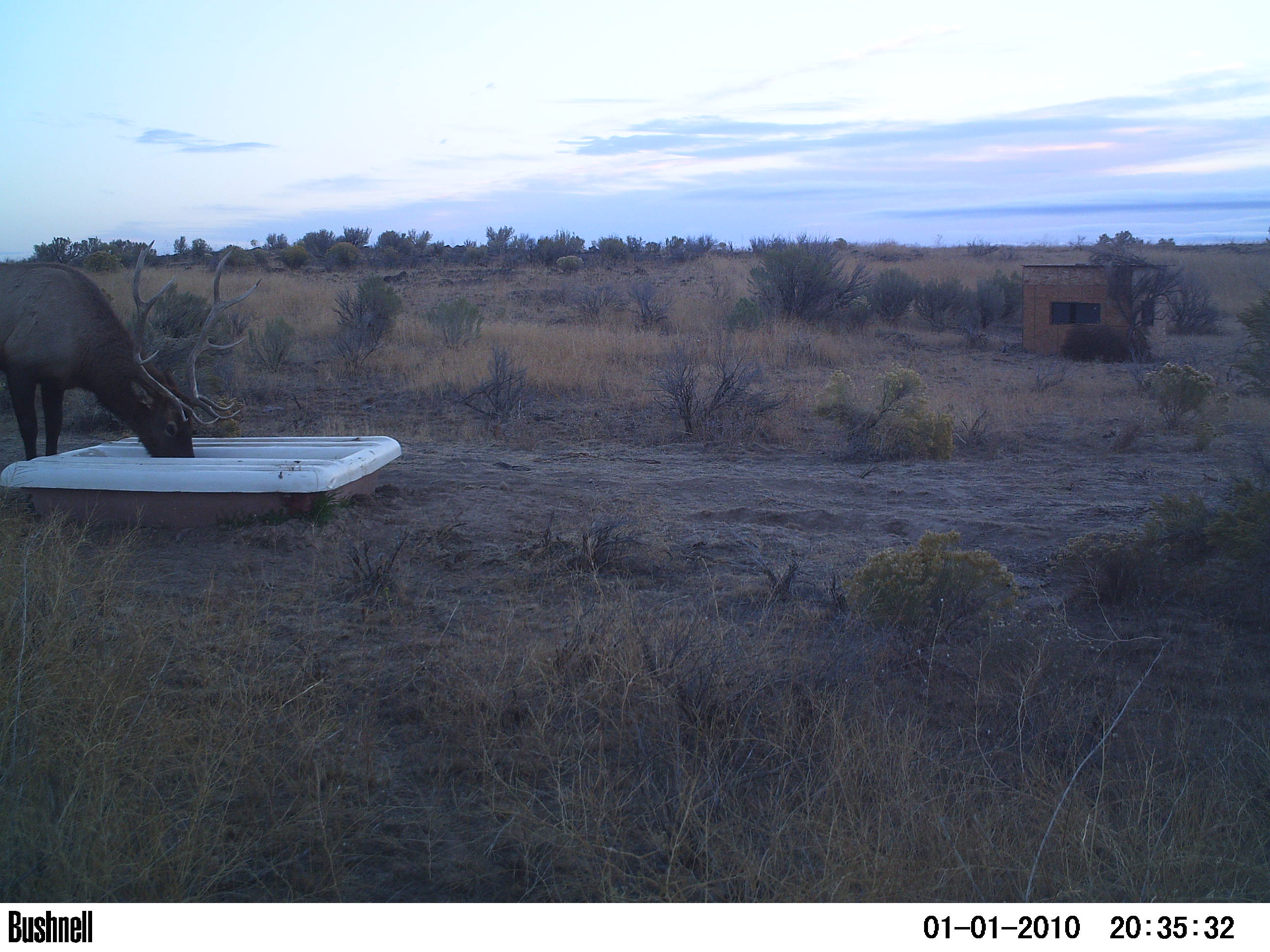 Take a kid hunting!! Or the ducks won't have a future!!

I have always enjoyed putting cameras out. When I saw all the guides get upset. I thought maybe there’s more to this than I thought. I will probably only put out about two cameras and I’ll just take them down at the end of July.
Good Huntin, Carp

carp said:
I have always enjoyed putting cameras out. When I saw all the guides get upset. I thought maybe there’s more to this than I thought. I will probably only put out about two cameras and I’ll just take them down at the end of July.
Click to expand...

Cameras are just plain fun,,, another outdoor sport really. We had two cell cameras out and 5 walmart camera during elk hunt.
The only hunting choices we made is one location another hunter who we became friends with let us know where he was. Another site we had concerns about a grizzlie, and just wanted to not be in the area when the bear was there.

Two other locations what we discovered the elk and deer left as soon as the cows came into the pasture
Take a kid hunting!! Or the ducks won't have a future!!

The bull elk we would see on our cameras we’re only there in the summer. About mid to late August they would start looking for cows. I didn’t know this till last year. I came across a gentleman A handful of times that had 20 cameras out. I did not know there was a market for trail camera pictures. I personally never noticed any difference in the hunting pressure. The only drawback I have ever seen. We have one wallow we have had good success on for probably 30 years. When trail cameras came out we would put a camera on it. It was a lot of fun to see the animals that would come in. But two years ago they were three other cameras on it so I just pulled my camera.
Good Huntin, Carp

Here are a couple pictures

Some areas there is a big change in migration.from summer to rutting habitat.
A buddy drew a CWMU .
In NW boxelder. The place killed consistent 320-360 bulls he wanted to hunt October, those bull had left pre rut
Not an talk in the county after the run starts
Take a kid hunting!! Or the ducks won't have a future!!
You must log in or register to reply here.
Share:
WhatsApp Email Link