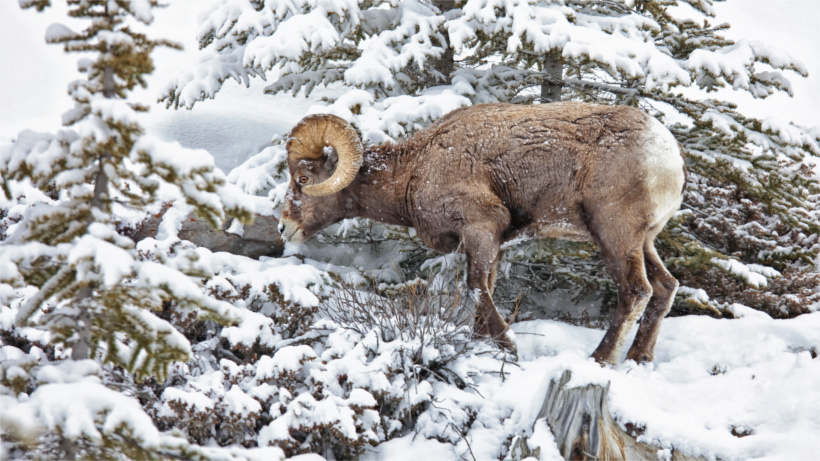 Photo credits: Shutterstock
Alaska’s controversial pack animal permit proposal is back on the table, despite being shelved in 2016 by the Alaska Board of Game (ABoG). The pressure to re-evaluate Proposal 90, which would regulate domestic goats and sheep, comes from the Wild Sheep Foundation (WSF).

Proposal 90 was presented by the Alaska Chapter of the WSF as a way to protect wild sheep from disease that has impacted wild herds in the Lower 48 and caused massive die-offs. Officials agreed that most of the disease could be traced back to domestic sheep. Proposal 90 would remove domestic goats and sheep from the livestock “clean list,” which currently gives a free pass to those who raise the animals as livestock, pack animals or pets.

The Alaska Farm Bureau (AFB) is opposed to Proposal 90, which would require special permits for owners to possess their animals – even if they only have one or two, according to The Delta Wind. In fact, the Alaska Attorney General’s Office held that regulation of domestic animals by the ABoG didn’t fall within their parameters.

The ABoG has added Proposal 90 to its agenda for the November 2017 meeting.

In the interim, a livestock-working group has met to discuss a voluntary study to test domestic sheep and goats for disease. Additionally, the AFB says that research completed by the North American Packgoat Association found only 4% of the animals tested positive for the fatal bacteria, The Delta Wind reports. Local residents also oppose the proposed legislation and are hopeful that WSF and AFB come to an agreement prior to the November ABoG meeting. If not, discussion and possible adoption of Proposal 90 will move forward.

Because interior Alaska is home to the largest wild sheep population in the state, Darren Bruning, Region III Supervisor with Alaska Fish & Game, feels that the sheep deserve protection, adding that in parts of the Lower 48, massive die-offs have impacted 75% of the wild sheep herds due to this bacterial pneumonia.

“The people involved are the people who should bring suggestions forward as to what to do,” Bruning
You must log in or register to reply here.
Share:
WhatsApp Email Link